Iconic street photographer Bruce Gilden recently took his camera to uncharted territory for him: American state fairs. In his ongoing series, “Farm Boys and Farm Girls,” Gilden documents the Iowa and Wisconsin street fairs through portraits of the fairgoers themselves.

All of the portraits are shot in digital color and extreme close-up, and, in trademark Gilden style, with the flash on. But in many ways,  this project isn’t a typical Gilden piece. The “aggressive,” and “confrontational” street photographer has made a name for himself shooting black and white images of “tough guys,” inspired by a Brooklyn childhood spent watching them from out of his bedroom window. “I like characters. I always have,” Gilden has famously said. “When I was five, I liked the ugliest wrestler, so it was easy for me to pick what I wanted to photograph.” The digital color is also a break from his usual black and white images, which critics describe as having a “film noir” quality to them. In contrast, the vivid color of his state fair series makes them seem almost hyperreal. His beloved Leica S camera allows him to shoot with such detail and color from such a close vantage point. 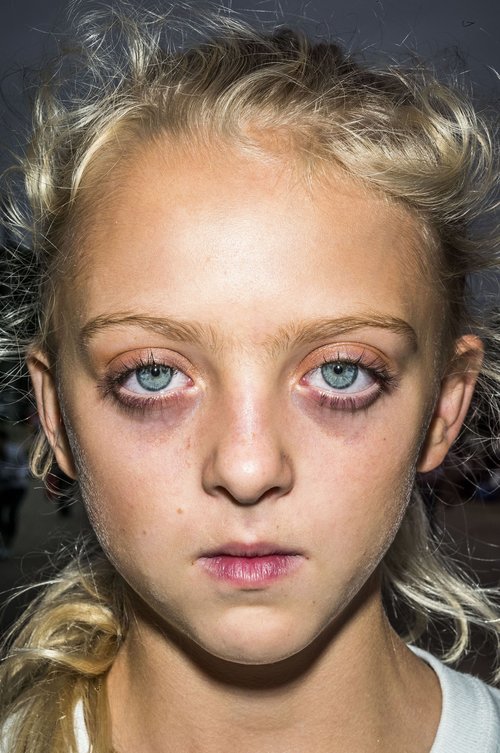 Gilden says that he’s modeled his new style after “mug shots.” “If you go back and look at [photography] compendiums from Paris or from LA you’ll see all these criminal types so that always fascinated me,” he recently told Time Magazine. “These guys had no pretense about being artists or anything. They were just doing their job.” 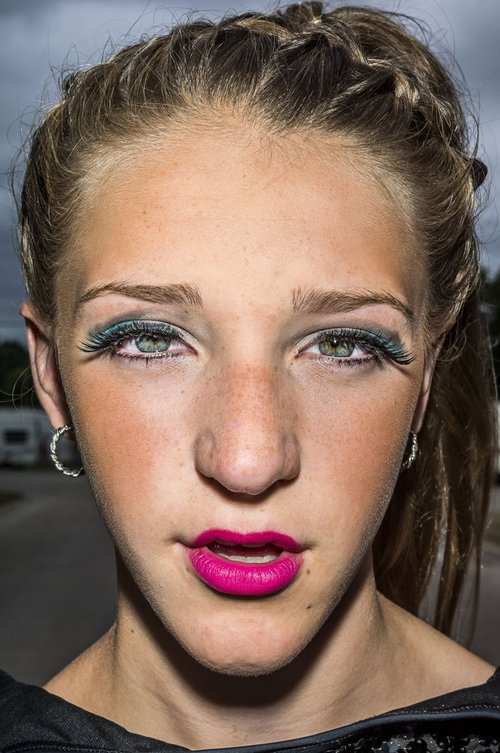