Most of us have grown up on Disney films and would say that they are an integral part of our childhood. When you look back now on some of these Disney films, and some of the recent Disney films, you will notice certain things you might’ve missed as a child. The truth is, some of the funniest jokes can be made from Disney films. If you want to know some of them or want a good laugh you have come to the right place. Below is a list of 25 memes that are the funniest Disney jokes ever.

1. Aladdin Parking: For people who watched Aladdin as a child this will be a funny joke for you. When this guy saw a carpet in the way of a parking spot he immediately thought about Aladdin riding that magic carpet. The fact that Disney films, such as Aladdin, have had such a lasting impression on us is evident in this meme. 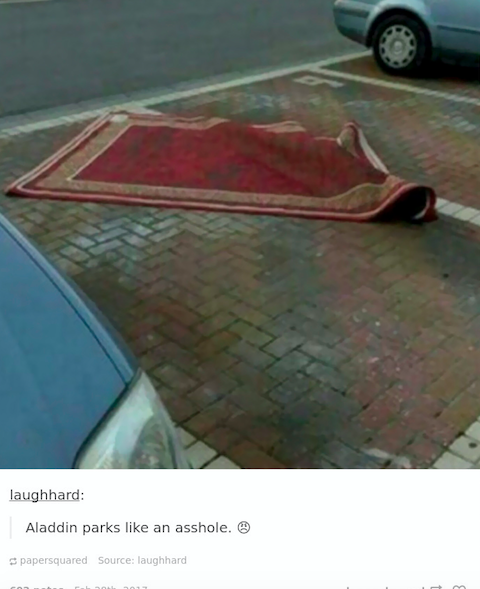 2. RIP Sulley: One of the slightly new Disney films was Monsters Inc., and was it ever a hit. People everywhere were falling in love with both Mike and Sulley. So when this shopping customer saw that the carpet looked a lot like Sulley it took an impact. Though the carpet does look a lot like Sulley we are thinking he was more of an inspiration for it, not that it’s actually him. 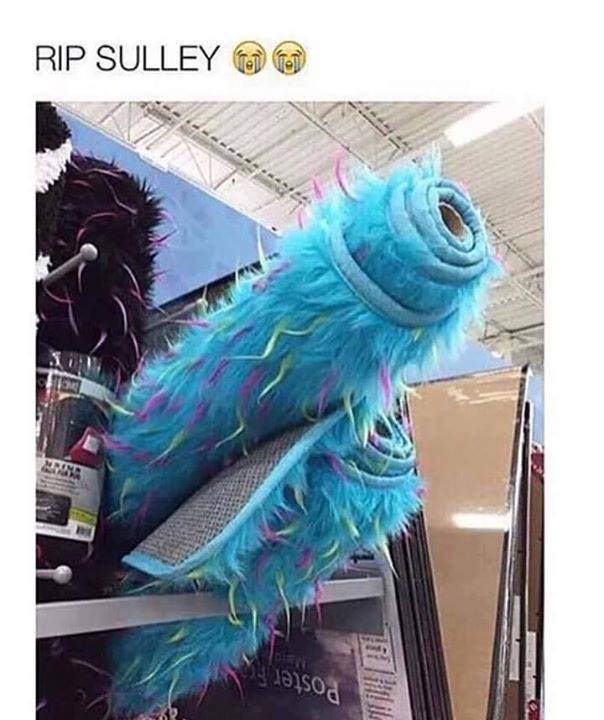