You’ve surely come across something that doesn’t look like anything you’ve ever seen before. If you have, you’ll be happy to know that there is an entire subreddit called “What Is This Thing?” where people post photos of unidentifiable objects, and the internet comes to the rescue to tell them exactly what the object is. Here is a collection of people’s most interesting finds:

1) Reddit user the_silly_fish posted a photo of their band-aids which look as if some green substance has grown on them. They wanted to know if anyone could tell them what the green stuff was. Reddit user I_Me_Mine came to the rescue and answered, “My guess, as a former R&D director at an OTC drug lab, is that the acrylate in the adhesive has absorbed too much ambient moisture over the last five years (or has been exposed to higher-than-usual temperatures and lower-than-usual humidity) and is precipitating out of the adhesive solution that keeps a band-aid stuck to your skin. The green is likely a result of that precipitation leaching some component of the bandage color that’s green at the right pH. These both explain the uniformity of color and crystallization, but since medical devices like bandages don’t require ingredient lists on their packaging, I can’t say what it might be specifically. Edit: Or they’re sprinkles.” 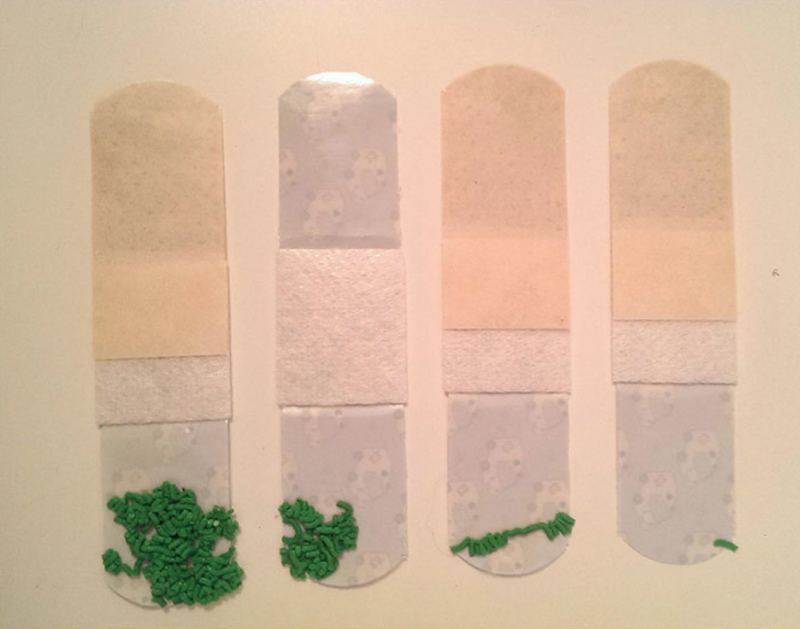 2) Reddit user LethalDeadlyCuteSnek posted a photo holding tiny coats of arms and wrote, “I’ve met an old man in Germany and he sent me these little coats of arms, telling me to visit each of these locations before I die. What are they exactly used for.” Reddit user mightyfrog answered: “walking stick medallion”. According to another internet savior, they are also known as hiking medallions, or ‘Stocknagel’ in German. 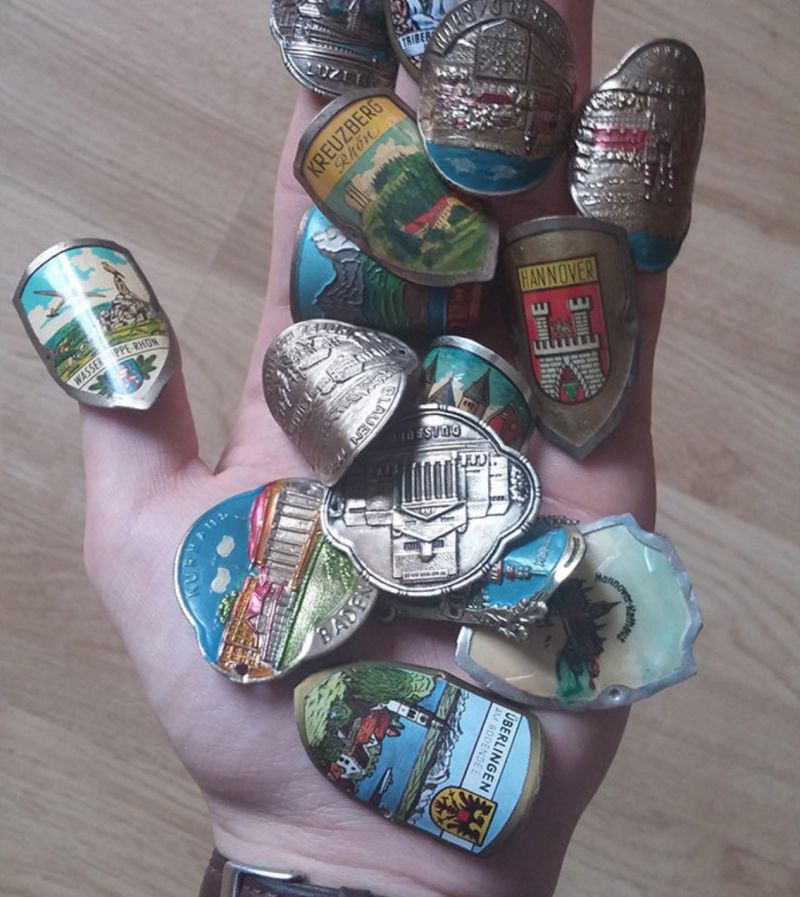