Below is a list of 25 people calling literally everyone and everything out.

1. Not Cool: This person posted a photo of a male wearing a belt around his legs. The person immediately thought that this was because he man-spreads a lot. It turns out that someone was there to correct this person on this matter because people who have epilepsy do this in case they have an episode. This person got called out hard.

2. Lettuce Head: This girl has lettuce on her head and a guy thought that it would be nice to tell her. When he was about to tell her that she had this lettuce on her head she called him out for thinking he was going to ask her out. But really this dude is the one who called her out for thinking that he was going to ask her out in the first place. 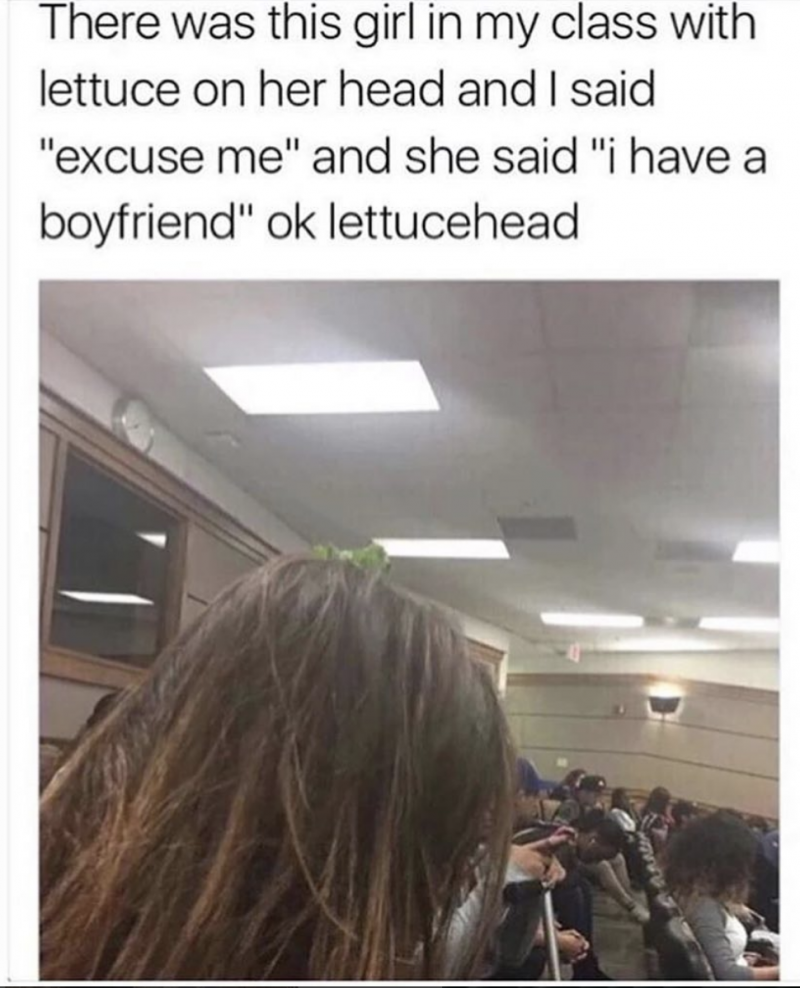