Going viral is the goal for many follower-hungry people on social media, and while it’s possible to jump on the trend bandwagon, it’s impossible to know what’s going to be the next thing to take over the Internet. It’s never too long before a new picture-of-the-moment starts circulating around the web, and more often than not, it’s the outlandishness of the photo that sets the viral wheels in motion.

It only makes sense that weirdness prevails when it comes to things being shared on the Internet. When you lay your eyes on something so bizarre it can hardly be explained, all you want to do next is share that thing with everyone you know. Ready to see what got everyone slamming that share button? Good, because here are 25 highly questionable pictures that instantly managed to reach a level of virality.

1. What makes a picture of women dining in booths special enough to go viral? Sometimes it’s the caption that goes along with it. Reddit user turkletom shared this candid snap with the community, writing, “Each booth is an alternate reality.” These sets of women wearing similar colors ended up amassing over 100,000 upvotes and was quick to be shared across the Internet. 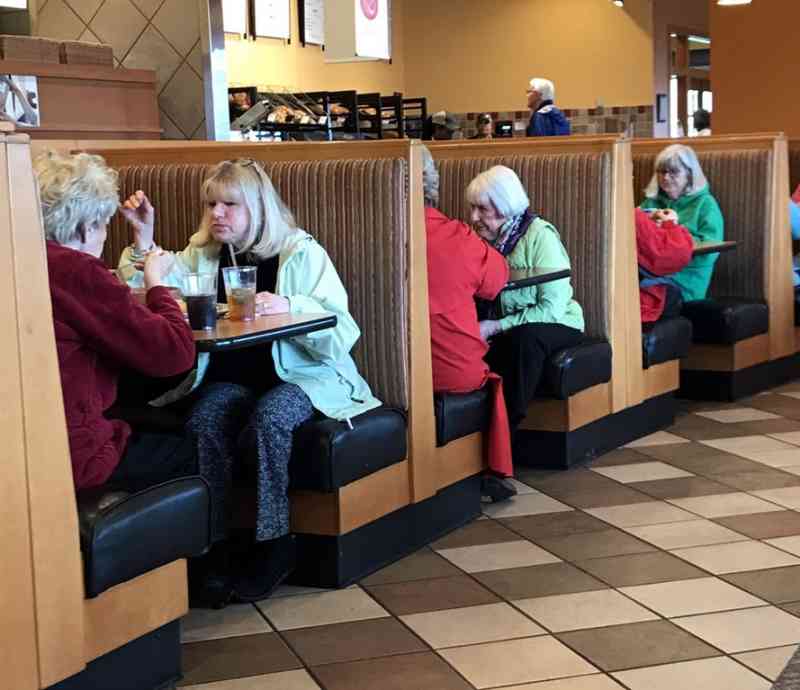 2. There are a number of ways to sneak into a movie theater, but there’s one that has become a staple in the cartoon world. It’s not a strategy that translates very well into the real world, however, that didn’t stop these two from trying it out. The real-life sight proved to be hilarious enough to warrant thousands of shares.