Living with a roommate has become a necessity for a lot of people because it’s not financially feasible to live alone. Of course there are the rare few that either adore their roommate or make the choice to live with someone, but on the whole, living with someone else and their quirks can be a little baffling but sometimes unexpectedly funny and sweet.

1) Here is an example of a roommate who is both very strange and strangely sweet. Elizabeth Waters and her roommate had a pet snail, which is already adorable. Did anyone else think of Gary the snail from SpongeBob? Anyway, we’ll call the snail Gary. So Gary died, but Elizabeth’s roommate didn’t want to break the sad news to her. Instead, she decided that the better idea is to move the tank around every day to different places around their house – the idea being “out of sight, out of mind”. Well, since Gary was a beloved pet, he was only “out of mind” for so long before Elizabeth noticed his absence. When Elizabeth confronted her roommate, she said that she wanted to make her think that Gary was still alive. Is this behavior a little out of whack? Yup, it definitely is. But if you can set aside how weird it is to move a tank around every day, you’ll find it kind of sweet. 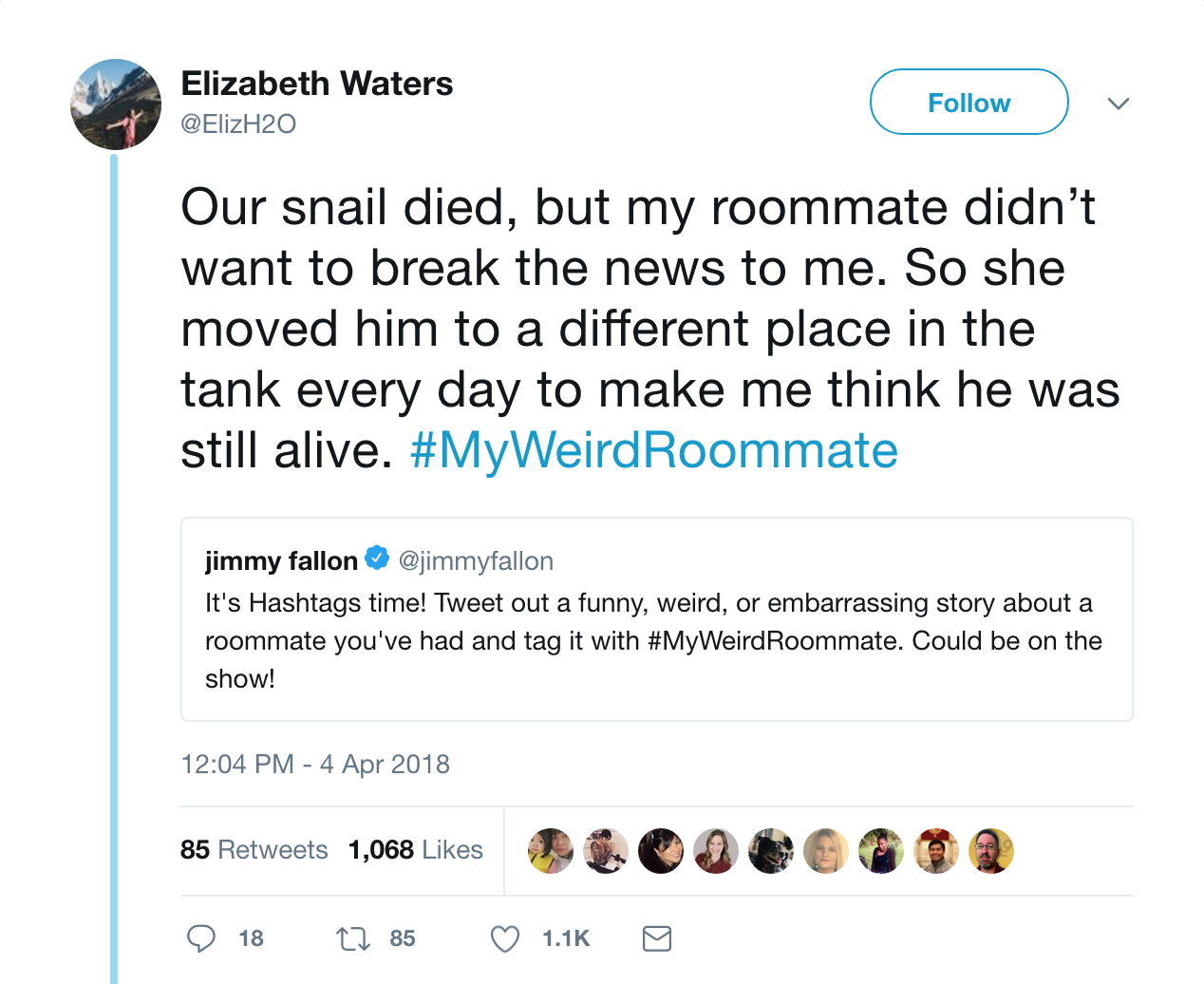 2) Danny Alex Baker thought that his roommate was FaceTiming his partner every Saturday for an hour, but it turns out that the long distance girlfriend was his family cat. Who he FaceTimed. Every Week. For an hour. This is every cat owner in a nutshell. 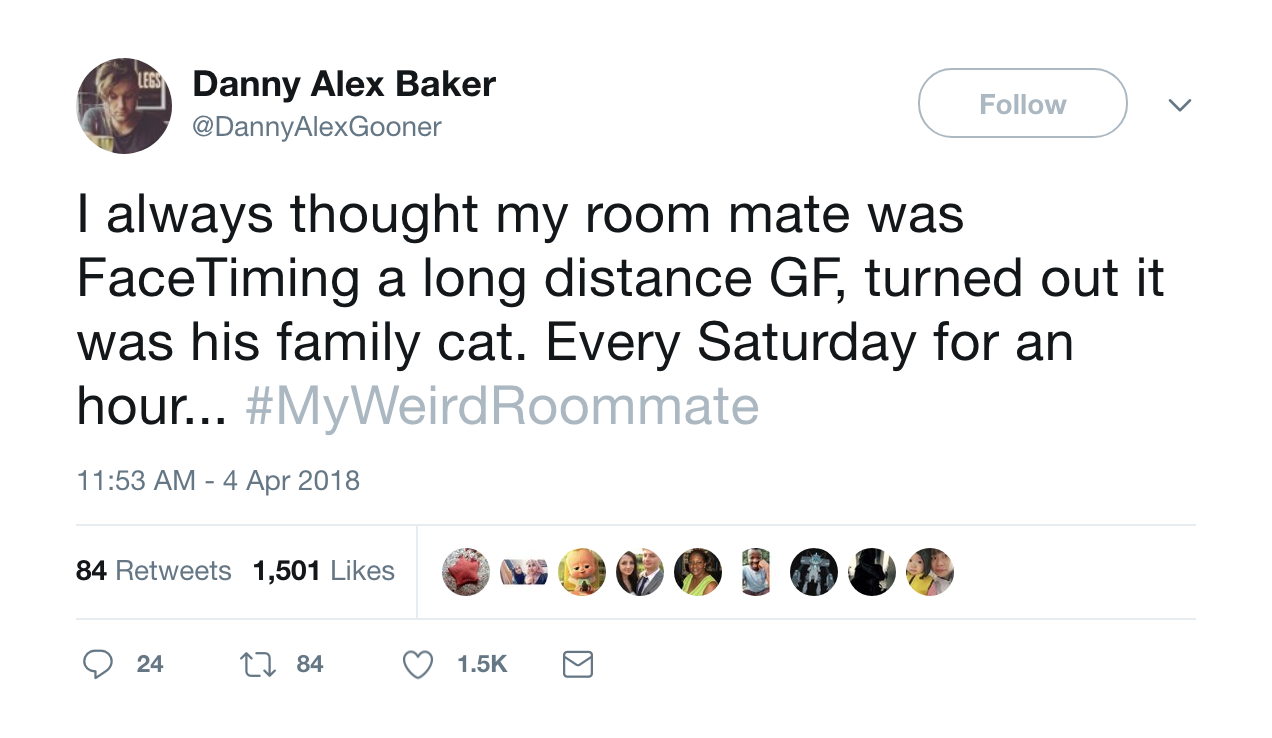