Beneath the surface of the city, in the underground, lies another world in its own. Within the depths of its maze, there are places you can go, and people you can see. Every day, millions of people worldwide use what’s known as the subway, the underground, the metro, and various other names depending on where you’re situated. It is an (arguably) efficient and quick way to get from point A to point B on a daily basis, and something that many people in metropolitan cities resort to using.

As you can imagine, there will inevitably be an interesting assortment of individuals among all of the people you’re bound to ride with. People of all ages and socioeconomic backgrounds travel in unison, having to sit side by side, shoulder to shoulder, with the likely chance of bumping into characters of all kinds. Between the countless lines and routes that intertwine, there is no limit to what you may just encounter. Everytime you step onto the platform, or onto the train, there is an infinite amount of possibilities, and it’s intriguing, to say the least.

1. The London Underground is one of the more renowned subway systems in the world, and home to some of the more interesting characters you’ll bump into. As a matter of fact, if you’ve ever been secretly hoping to meet the Gingerbread Man, you may just be in luck on your daily commute. 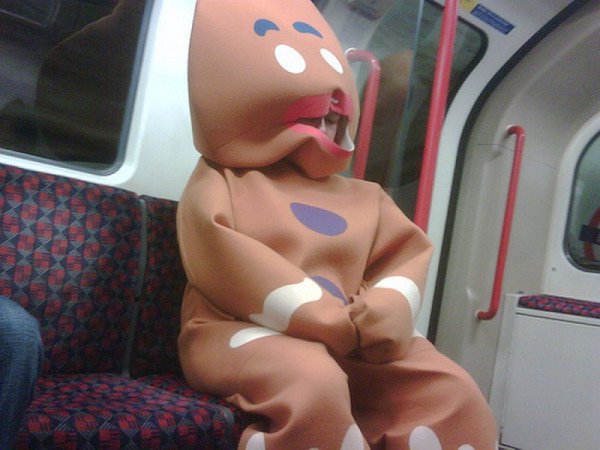 2. Imagine riding the subway, and seemingly entering another galaxy. Turns out, that is a real possibility, as The London Underground featured a Storm Trooper from Star Wars on the way to its next battle. Patiently waiting and carrying its own bag, the otherworldly character stealthily integrates itself among the people of the city. 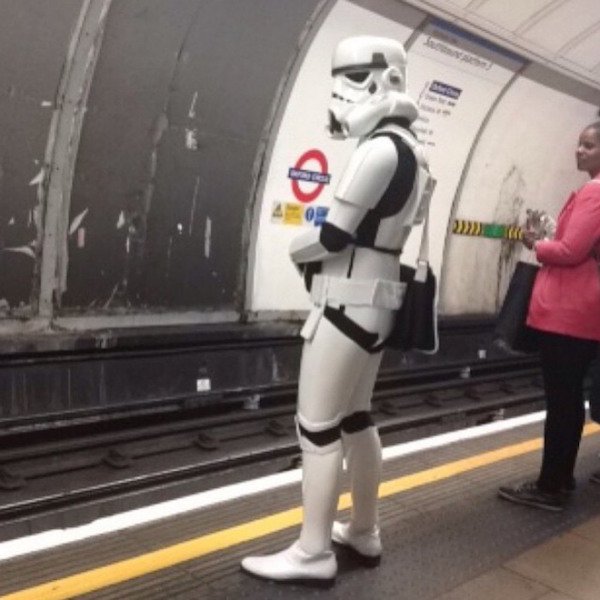