Are you preparing for a newborn and are finding yourself constantly googling or reading up on baby girl names nad baby boy names? For kids, a name can really set them apart from others and make them unique. Long gone are the days for kids in school having to be identified by their last name initial. A lot of parents have turned to more uncommon names for their child and you’ll find some of the ones in this article pretty interesting!

This versatile name for a newborn can be used for either a boy or a girl. Interestingly enough, Adley is one of the rare names that was developed from different paths on the girls’ and boys’ sides, but eventually become a unisex name. For boys, Adley came from a phonetic spelling of the Hebrew Adlai, which means “God is just.” Adlai was an Old Testament name, which is mostly associated with 1950’s liberal presidential candidate Adlai Stevenson. The girls version of the name is an abbreviation of Hadley, an English place name and surname, which means “heather field.” Hadley rose significantly in popularity with each year and is believed to become this generation’s Haley. Adley, however, for both boys and girls, remains a name that has managed to stay under the radar. The two syllable name certainly has a ring to it and could become much more common over the next few years.

This girl’s name was taken from the location name of an affluent suburb in Columbus, Ohio as well as a section of Greater London. The name became growingly popular choice for parents looking for a unique name that also has a variety of potential nicknames. The meaning of the name derives from Old English terms for box trees and woodland clearings.

Do you know what baby name only 161 people were recorded as having between 1880 and 2015? Keep reading till the end to find out!

This is a great name for boy babies. A boy’s name of Hebrew origins that means both “dedicated” and “experienced.” The name is often attributed to the major figure in the Old Testament, the son of Jared, the father of Methuselah and the great-grandfather of Noah. The name has seen a popularity surge in the past few years and could become a common name in the next few years.

Although you might be thinking about the water filter, it is also a female name that is popular in Scandinavia and Germany that is a variation of Brigit or Britt. It means ‘strength or exalted one’ and could be the perfect name for parents seeking something that’s both exotic yet familiar.

A boy’s name, which is a spelling variation of Deangelo, is of African-American origin and means “of the angels.” The rise of the name, although still very rare today, has been attributed to the popularity of mid-1990s R&B musician Michael Eugene Archer who went by the stage name D’Angelo.

This male name is of modern invention and is a rhyming variation on the popular Jason, Mason, and Brayson. The name doesn’t have any etymological roots or meaning due to it being new to the 21st century, but the name has received a lot of attention from new parents in the past few years.

The simple meaning behind this boy’s name is “my messenger, my angel,” and it’s of American and Hebrew origin. Malachi is a Biblical name, deriving from one of the twelve Minor Prophets in the Old Testament. The name has come and gone from the popularity charts over the years.

This is an English name, which means ‘Grey land’ and ‘hare land’. It can be either a boy or a girl name and it is a variation of the more popular boy’s name ‘Harlan’. Harlyn first appeared on the charts in 2011, but still remains a very unique name, especially for females.

This Italian female name might derive from the Latin word ‘aurum’ which means gold.  It is pronounced ‘O-ryah-nah’ and has appeared in several plays throughout the 17th century. The name Oriana is said to mean “dawn” and is the perfect fit for parents looking for a strong and exotic name.

Pronounced ‘eeg-nah-thyo’, this Spanish male name has been gaining popularity in the US and has the female form of ‘Ignacia’. The name means “fiery” and is the Spanish form of the Latin masculine name Ignatius. it entered the US Top 1000 chart in 2015 after a two-year absence.

This boy’s name is a variation on the name Josiah, a Hebrew masculine name from the Bible. The name means “God heals” and this alternative spelling has proved to be a hit among new parents. Joziah entered America’s top 1000 list in 2010 and has only grown in popularity since.

This boy’s name has English, Scottish origins and it means ‘settlement’. It is similar to the more commonly used name Maxwell, which is another surname that turned into a first name of the same origins. This unique name also provides the baby to go by the popular nickname, Max.

This name given to females is of Greek origin and means “beautiful.” The name saw somewhat of a popularity surge in the last decades of the nineteenth century, but has become significantly more uncommon nowadays. Calla is a lily name that offers a unique alternative to the more popular alternative, Lily.

Typically a boy’s name (but is also used as a girl’s name), Farren is a variation of Faron, which comes from English origins and means “handsome servant.” However, this newer variation, Farren, means “adventurous.” The name also may be derived from the Gaelic name Faramund, which means “journey” and “protection.”

This Hebrew girl’s name has been often associated with a demonic aura ever since Medieval Times due to Jewish folklore portraying her as Adam’s rejected first wife. The name means “ghost” or “night monster,” but despite the dark connotation has become increasingly popular over the past few years.

Originating in Latin, this name is a variant of the English name ‘Grace’ and is pronounced ‘Griy-Shah.’ The name first appeared on the charts in 1985 and then started to grow popular once again in the year 2015. However, Grecia has remained under the radar in the past two years.

Meaning “devotion” or “blessing, loan, favor,”  this name is of Arabic origin and is commonly used for females. Though it’s not popular in the US and has seen a decline in the past decade, the name is used in countries all over the world, particularly in Arabic speaking countries.

In Sanskrit, this name means ‘Awakened’ or ‘Enlightened’ and is connected to the Buddhist state of nirvana. The Bodhi tree is the large fig tree that the founder of Buddhism sat under to reach enlightenment. The name is typically given to boys and has become a popular name for celebrity parents.

This boy’s name for babies is a respelled version of Cáel, an ancient Irish name inspired by a mythical character in Irish folklore. The name means “slender” and has resurrected as a growingly popular name in the United States, which has been attributed to the similar sounding names like Kale and Cale.

Now that you know some popular baby boy names and baby girl names that you’ve probably never heard of, here is the one baby name that only 161 babies have been recorded as having it as a first name from 1880 to 2015!

A female name based on the popular male Arnold, Arnelle is a rare name that has yet to make it into the top 2000 chart of popular baby names. The origin of the name is English and only 161 babies have been recorded having it as a first name from 1880 to 2015, according to the Social Security Administration. 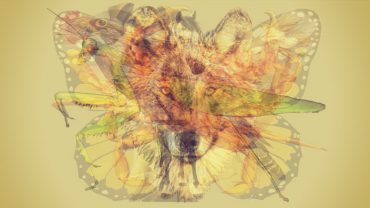 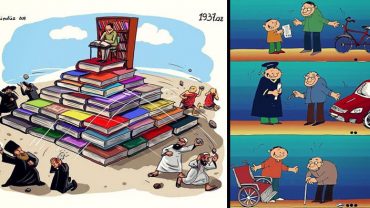 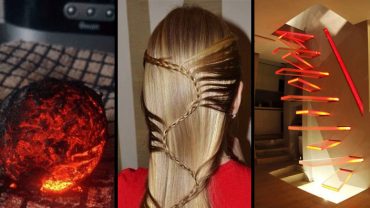