Would you eat cheese filled with maggots or shark meat that tastes like urine, or a fish a thousand times more toxic than cyanide? All three of these foods are on a list of the world’s most dangerous foods, and all three of them are still immensely popular. Today, we’re going to look at these foods and see maybe you’ll want to try some… if you dare.

Now before we being, keep in mind that some of these foods are illegal, some of them are just highly-regulated. Some of them are delicious, others are widely considered disgusting (see the aforementioned pee-flavored shark) What all of them have in common is that people eat them, even though they’re dangerous or even deadly.

What would spur someone to eat some of the world’s most dangerous foods? Keep reading to find out more about these dangerous delicacies!

The poster child for tasty toxins, the fugu (blowfish) is so toxic without proper preparation, that the method of prepping the famous fish is heavily regulated in its native country of Japan. The culprit is a neurotoxin called tetrodotoxin, which shuts down nerve signaling. It’s 1,200 times more toxic than cyanide, and there’s enough of it in one fugu to kill someone if the toxic parts aren’t removed.

This Icelandic delicacy, where a raw Greenland shark is cured and dried for 6 months, is dangerous if the proper preparation isn’t followed. That’s because Greenland sharks filter their waste through their skin, meaning that the skin is likely to be filled with toxic substances like urea.

This red/orange fruit is common in West Africa and Jamaica, and it splits open when it’s fully ripe. You really don’t want to eat it before it splits, because the unripe flesh carries a toxin called hypoglycin, which stops the body from converting food into simple sugar, resulting in dangerously low blood sugar (hypoglycemia). Clinically, ackee poisoning has the charming name of “Jamaican vomiting sickness.”

Native to South America, cassava root is delicious when cooked. But, when eaten uncooked or without fermentation, it releases an enzyme that turns another chemical in the root into cyanide. There’s enough cyanide in improperly cooked cassava to give someone a case of acute cyanide intoxication!

Also known as “the football fruit,” the pangium fruit is toxic enough that they have to be boiled and then fermented while buried in ash and banana leaves for forty days. That gives enough time for the hydrogen cyanide to finish being washed out of the fruit itself, or the seeds.

This Japanese preparation of raw, long-arm octopus isn’t poisonous, like many of the others on the list. But, since the fish is killed right before being presented, the octopus’ complex nervous system means that the tentacles can still twitch. That presents a problem to the careless diner, with the potential for flailing suckers to stick to the inside of an esophagus. People have actually died this way.

An Italian delicacy, this sheep’s-milk cheese is filled with live maggots capable of launching themselves up to 6 inches. Because the maggots are capable of jumping, and because the cheese is considered best eaten with the still-living maggots in it, diners are advised to hold their hands over their food to prevent the maggots from leaping out at their eyes. But the real problem happens if the maggots are able to survive the whirlwind tour through the digestive system, as they can make a cozy little home in your intestines and cause nausea, vomiting, and blood filled diarrhea. Mmm! Sounds worth trying that cheese!

Eaten in the barbaric wilderness known as “North America,” the “hot dog” (made of processed meat) is the top cause of food-related choking deaths in children under three. The problem is the food’s cylindrical shape, perfectly-suited to lodge in a small esophagus.

Maybe you’ve watched the movie Euro trip, or maybe you’ve heard legends about this wacky drink, either way, this stuff is dangerous, especially if you aren’t prepared for it. The liquor, which is made of woodworm, fennel, and anise, is sweet to the taste but not so sweet to the brain. The ingredient woodworm contains a  chemical that has psychoactive properties. What does that mean, you ask? Oh, it can just cause hallucinations. Imagine that– you’re having fun at a club or at a pre drink when suddenly– BOOM! You’re mid acid trip. Luckily, the stuff you get in North America usually isn’t strong enough to induce hallucinations… or maybe that was just something we dreamed…

We all know not to eat mushrooms off the forest floor… right? Well, you will after today. Enter the Death Cap Mushroom, which is as treacherous as it’s name sounds. This fungi which is largely spread across Europe (for now just Europe, but this thing is spreading fast) might taste good, but consumption of this plant will mean big trouble for whoever has the displeasure of eating it. First off, if you eat just a little you’ll get some pretty nasty abdominal pain, as well as a spot of vomiting. Eat a lot and you’re gonna be in a bad spot. Lots of this mushroom will cause liver, kidney, and heart damage. Huh. We guess it’s pretty aptly named, then.

We were first really grossed out when we figured you would eat blood in the clams. We were… sort of pleasantly surprised? Apparently, they get their name thanks to the red hemoglobin liquid inside the soft tissues, which is a step up from eating blood… we guess? Any ways, the fact that you may or may not be eating blood isn’t the reason these babies are dangerous. They’re usually made in China and are boiled and eaten so fast they hardly have time to lose the diseases they carry. Which diseases? (sarcastic) Oh, just little insignificant ones like typhoid, hepatitis A, and dysentery. No big deal.

Cherry Seeds! But we eat cherries all the time! How can they POSSIBLY be on the list with things like Fugu, Casu marzu and (shudder sound) hot dogs. Well, we’ll let food and medical expert DR. KANTOR tell you: “Spit out your cherry seeds because they contain the poisonous compound hydrogen cyanide,”. Hold on, don’t start a panic, you don’t need to burn down your local grocery stores for trying to poison you just yet. Luckily for you, a person would need to ingest hundreds of cherry seeds before they would kill you. According to the folks at the NATIONAL INSTITUTE OF HEALTH, an average human can consume 703 milligrams of hydrogen cyanide per day. How much is in a cherry pit, you ask? 0.17 grams of lethal cyanide per gram of seed. So you’re fine. Probably. Just put those torches out.

No, this doesn’t mean you’ll have to stop enjoying your grandmother’s rhubarb pie. It does, however, mean you’ll have to stop enjoying that pie made of Rhubarb leaves that crazy man down the street keeps giving you. They contain high amounts of oxalic acid, which leads to kidney failure in humans. If you want to know when you’ve eaten too many rhubarb leaves, then you’ll know once you experience trouble breathing, diarrhea, eye pain, and red urine. Or maybe, just maybe, you lay off the rhubarb leaves all together?

You’ve heard of frog legs, but this is ridiculous (that you, TV Tropes). Any ways, believe it or not, in places like Namibia they skip the whole cutting off the things’ legs and just eat the whole amphibian. Sure, you could experience kidney failure because the frogs’ skin and organs contain a variety of substances toxic to humans, but then you’d miss out on… uh… eating a frog. It’s all good, the locals say that once the thing is finished mating, they’re safe to eat. Tempting… but we’ll probably not take the chance.

These things sound like some thing out of Lord Of The Rings, and their poison to goodness factor exemplifies that fact. The berries themselves are great in jams, jellies, and medicines. The leaves, twigs, and seeds, however, are dangerous if ingested, and can lead to some nausea, as well as other severe forms of sickness.

Don’t worry, you don’t have to put down this awesome nut if you’re eating them out of the bag. We’re just talking about the cashews that you might find in the wild, or more specifically, raw cashews. Some of them may contain urushiol, which in large quantities can in fact be fatal. And if you see a bag labeled “raw cashews” at your local grocery store, don’t be fooled. Those kernels have actually been steamed to rid them of the dangerous chemical. 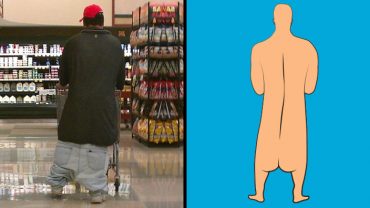 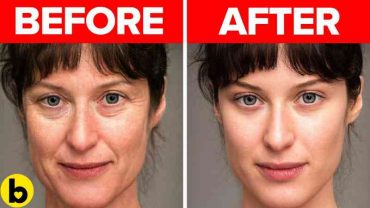 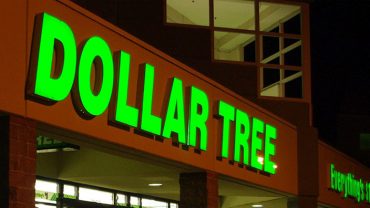