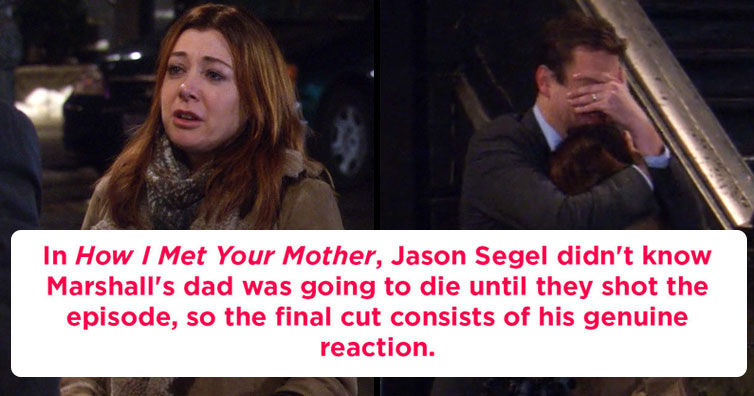 We all have our own distinct favorite television shows, whether it be The Office or Rick and Morty, there is always one episode with that one scene that really captures our attention.

There’s always that one moment where you say to yourself ‘damn, this IS my favorite show.’ So below are 17 scenes from a wide variety of shows that were improvised and not scripted.

Starting off this list is one of the most watched shows in television history: Friends. In one scene when Ross is playing the bagpipes, you can see Lisa Kudrow singing along to Ross’ instrument, but during the credits at the end of the show when the bloopers are revealed you can see Jennifer Aniston laughing at the whole ordeal.

In the series, Scrubs, Neil Flynn plays the role of Janitor and the directors and writers were so comfortable with his improvisational skills that the script would simply read: ‘whatever Neil says.’ 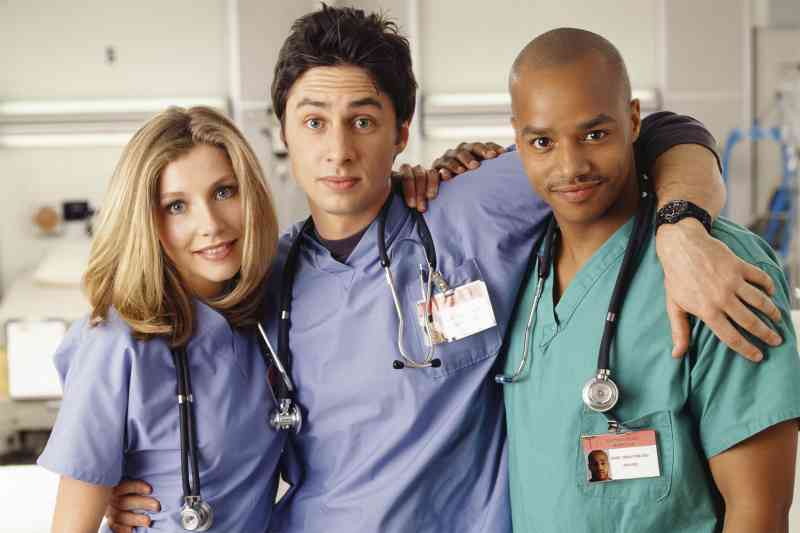 During the filming of Sherlock, Benedict Cumberbatch forgot one of his lines during a scene where he and Watson are supposed to be inebriated. Thankfully, his great acting skills were able to make up for the mistake and the scene made it into the final cut. 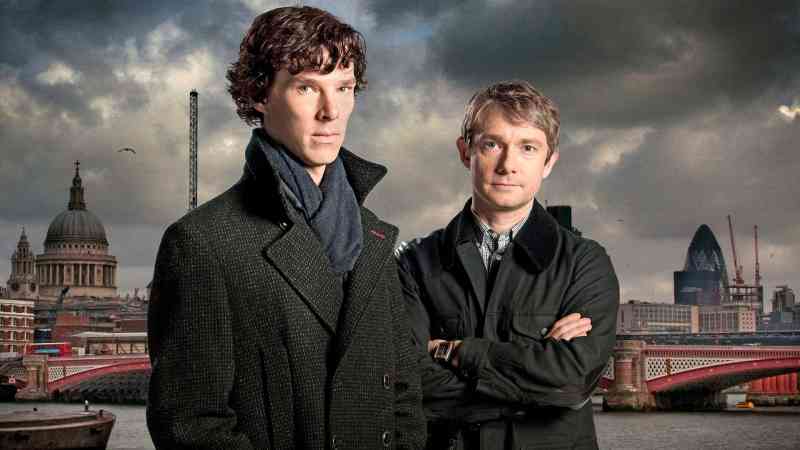 On the show, Saturday Night Live, Bill Hader, who plays Stefon, can be seen with his hand covering his mouth. This reaction was spontaneous and truthful since it was Bill’s reaction to reading the lines that John Mulaney came up with. Bill Hader just couldn’t keep his laughter in and that iconic pose ended up making it into the final cut. 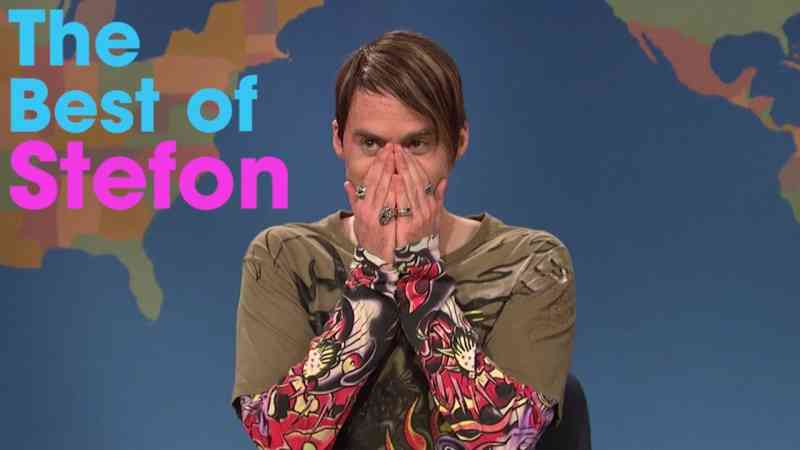 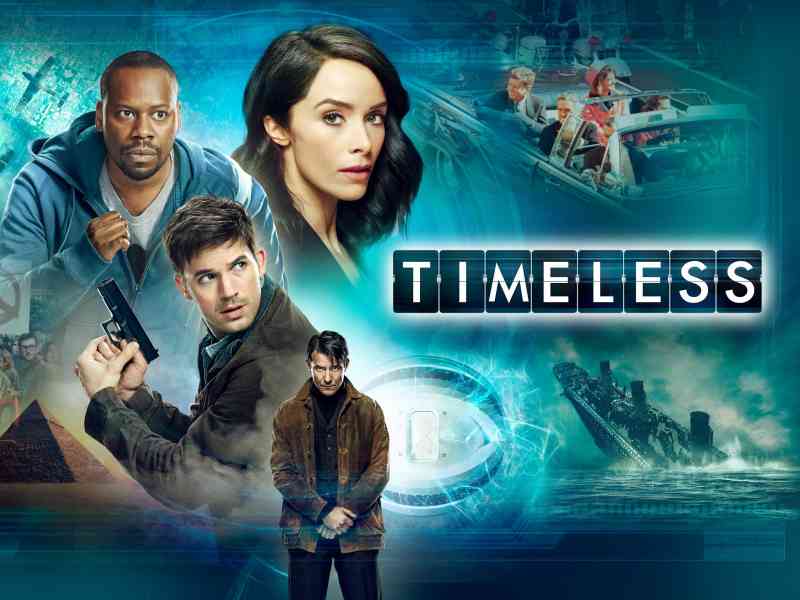 In the show Parks and Rec, Chris Pratt improvised a line where he was searching up Leslie’s flu symptoms. Rather than say what was on the script, Chris Pratt decided to improvise and just said: ‘Leslie, I typed your symptoms into the thing up here and it says here you could have ‘network connectivity problems.’’ 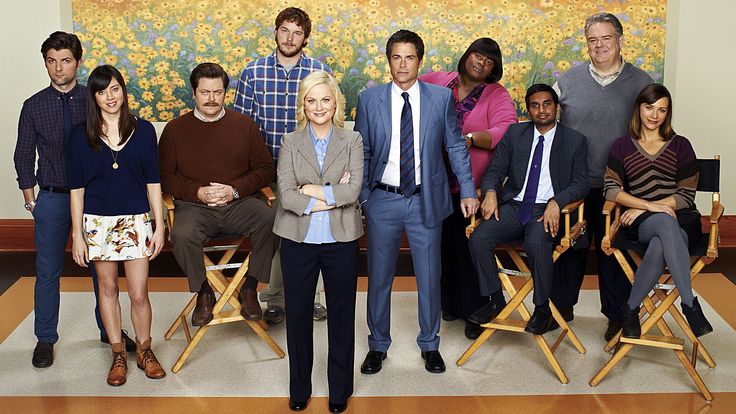 Once again in Parks and Rec when Patton Oswalt made a cameo on the show, he was supposed to come up with a monologue but was given complete creative control and was allowed to say whatever he wanted. So of course, Patton decided to rave about a potential Star Wars and Marvel crossover movie. 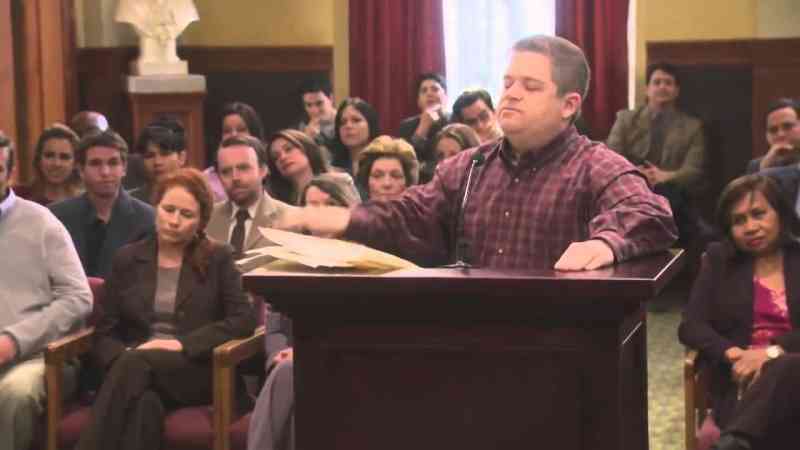 In one of the most popular shows ever, The Office, Steve Carell improvised the scene where he kissed Oscar Nunez directly on the lips. It was in the episode of ‘Gay Witch Hunt’ where Steve was supposed to kiss Oscar on the cheek but Steve decided to improvise and plant one on his lips. 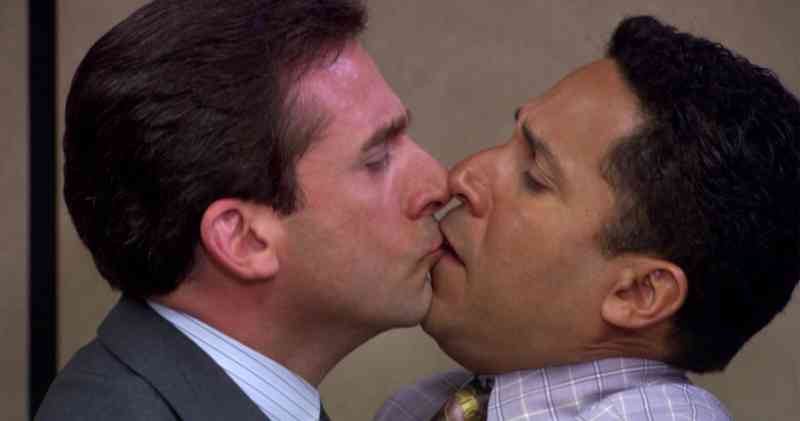 In a scene in Riverdale where Archie is trying to save Cheryl from drowning by repeatedly punching the ice, the actor K.J. Apa actually broke his hand on the ice trying to pretend to punch it through. 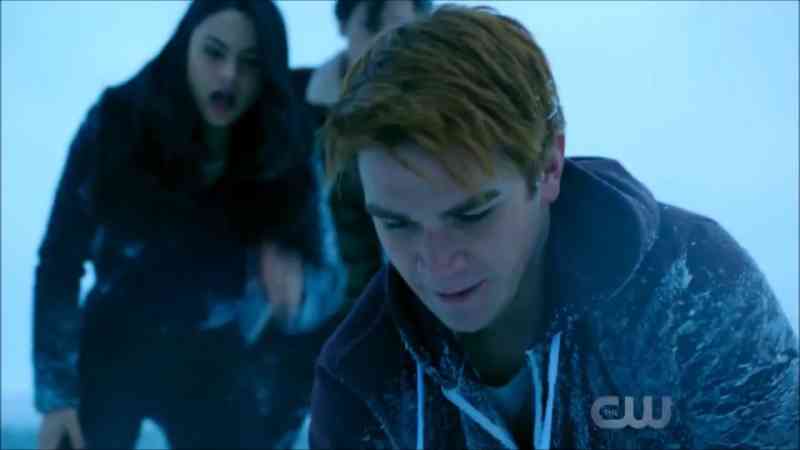 The Fresh Prince of Bel-Air has long been a favorite of many children growing up, even to this day, and one of the most touching scenes has to be when Will speaks about his father not wanting him. According to those around the set, Will completely improvised that scene off the top of his head. 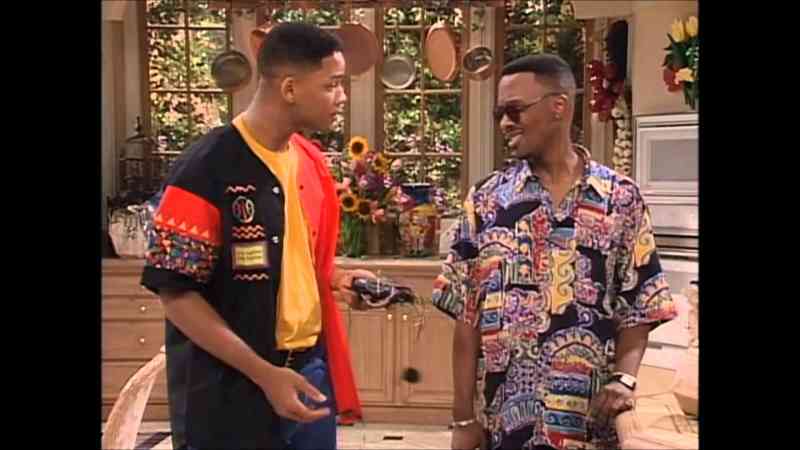 Jason Segel played Marshall in How I Met Your Mother and in the scene when Marshall finds out his dad has passed away, Jason had no idea that that would happen. So what ensued was his genuine reaction about finding out that his character’s father had passed away. 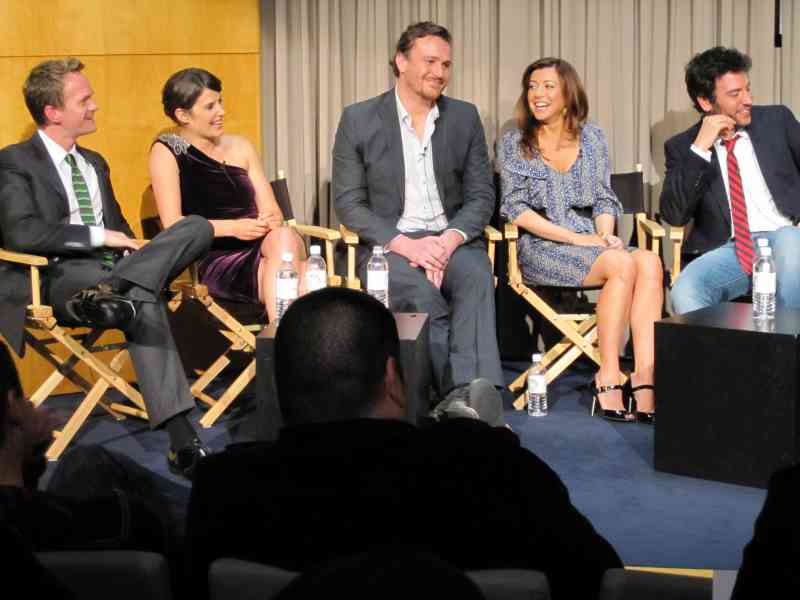 Apparently the scene in Buffy the Vampire Slayer where Seth Green and Alyson Hannigan joke about animal crackers wearing clothes and fleeing a zoo is all improvised! 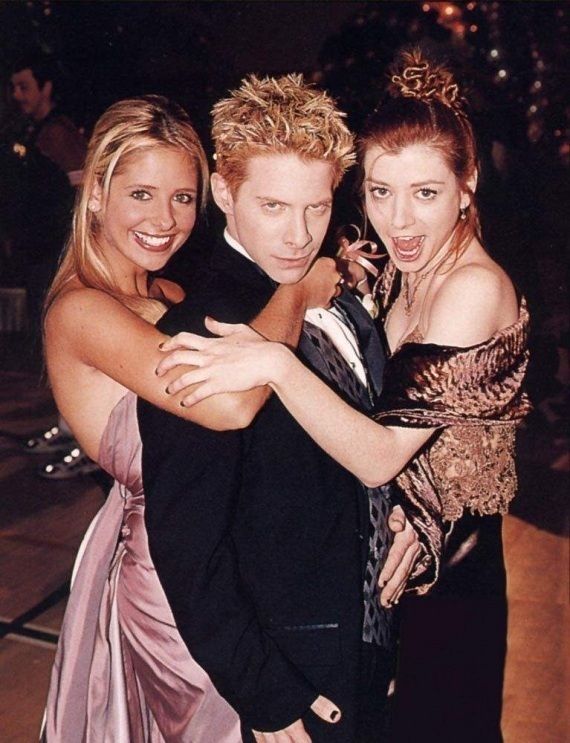 In the show Supernatural, Jensen Ackles made Jared Padalecki laugh because he yelled out his iconic line ‘son of a b***h’ out loud when it wasn’t written in the script. That yell caused Jared to laugh and the scene was kept in the final edit. 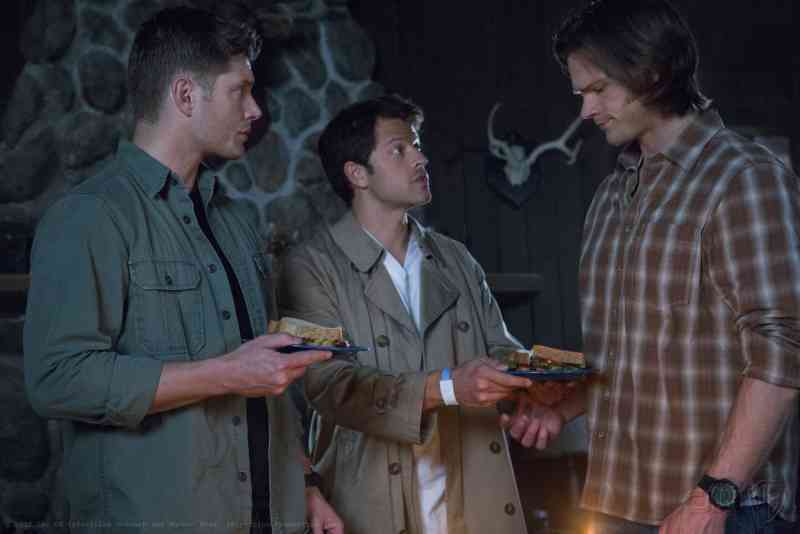 In the show Parenthood when Zeek takes Amber to the scene of the car crash and recounts his experience in the war in Vietnam, it was actually completely unscripted and actors Craig T. Nelson and Mae Whitman completely improvised that entire scene. 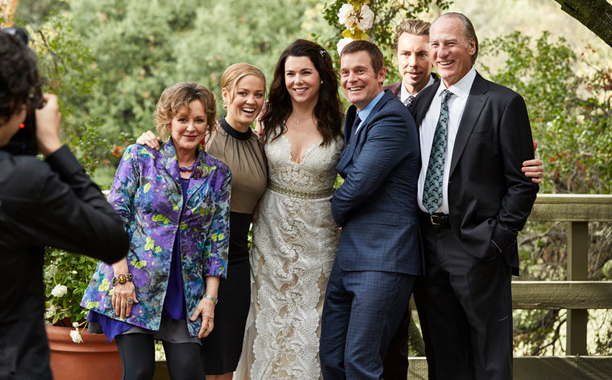 During a scene in The Walking Dead where Danai Gurira was slaying hordes upon hordes of zombies, it actually wasn’t written in the script. Apparently, the director never yelled cut (or she didn’t hear him) and she just kept killing the zombies until they were all dead. 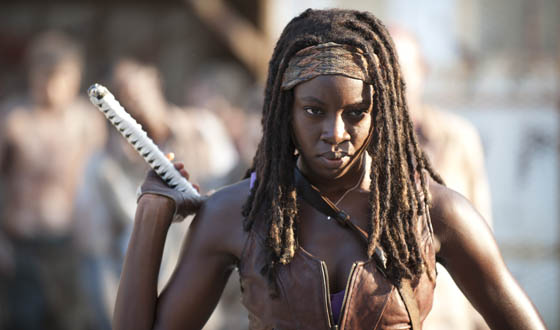 The scene in Orphan Black where the two characters Alison and Donnie bury a body in a garage was apparently completely unscripted. The director placed a camera inside the studio and just let the two actors go about it in the most organic way possible. 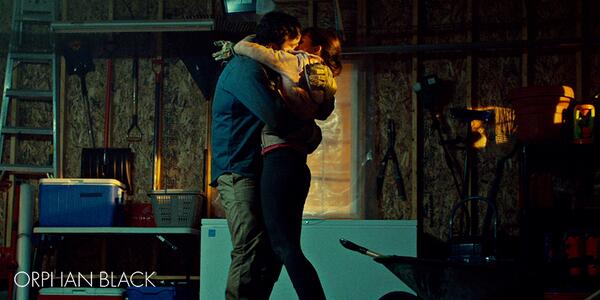 In the show Agents of S.H.I.E.L.D, actor Iain De Caestecker decided to pay homage to Jesse Pinkman from Breaking Bad by yelling ‘Science b***h’ in the finale of season 2. 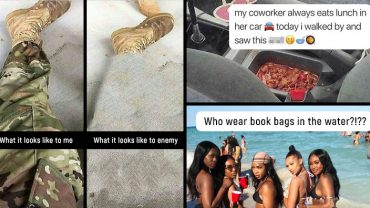 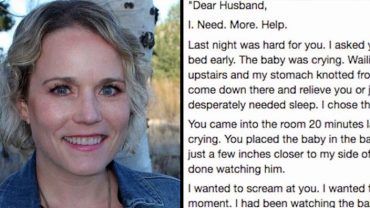 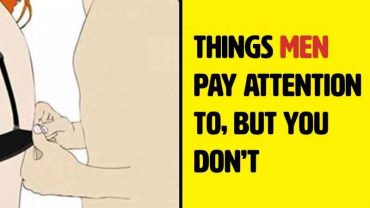 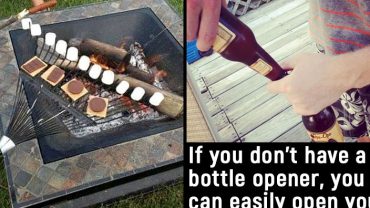