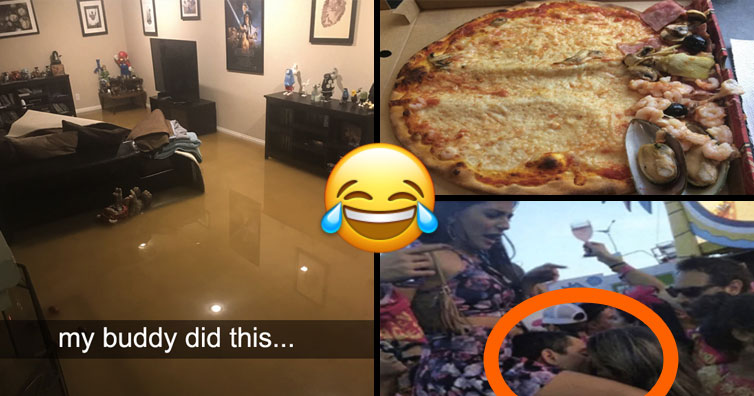 There are times when you see someone making bad decisions, and you try to talk them out of it. “No, no,” they say, “I know exactly what I’m doing.” Then, almost immediately, you witness their instant regret when things go awry. It can be pretty funny for you, maybe not so much for them.

These hilarious examples of poor decision making are enough to show that instant regret is probably a much worse feeling than not knowing if something might have worked out or not. If in doubt, it’s probably better to either let someone else take care of it or at the very least, consult an expert before trying something.

These 16 moments of instant regret should show you that mistakes can happen to anyone, but they seem to happen more to people who don’t fully think through the consequences of their actions. So next time you think you’ve found a smart and deceptively simple solution to a problem, just remember these hilarious examples of poor decision making, resulting in painfully instant regret.

1. This photo has two examples of instant regret in one. The first is that while holding a pizza box vertically seems more comfortable, it simply does not work. The second is getting an all seafood pizza. 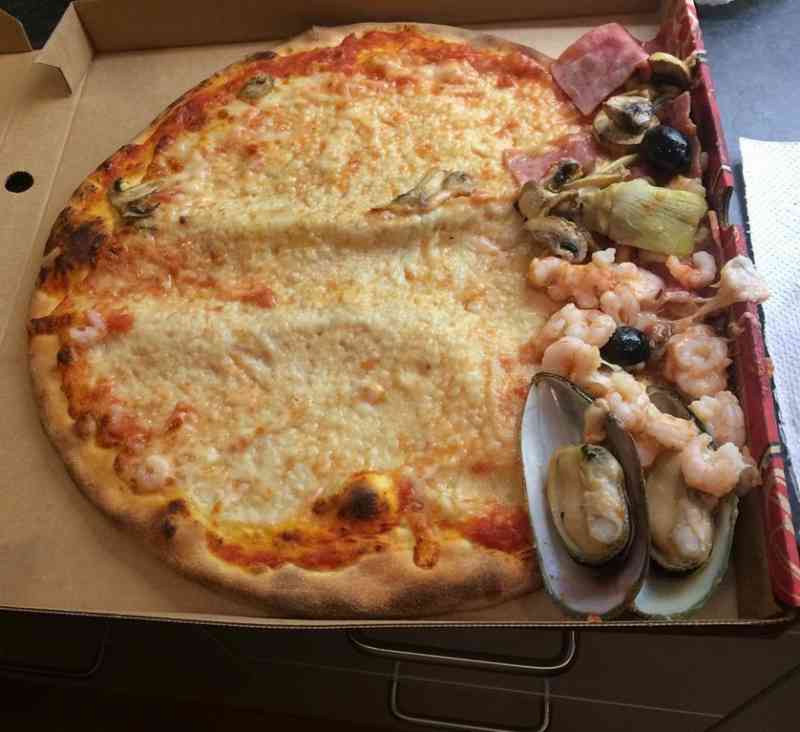 2. We’re willing to bet that this guy felt like a real Casanova, getting to make out with a girl while he had his girlfriend on his shoulders. Did he not realize she had a bird’s eye view of the whole thing?

3. While the flood is nobody’s fault, it certainly didn’t help having all those expensive looking collectibles in an area of the house that is susceptible to water damage. Next time, have the hangout room on the top floor. 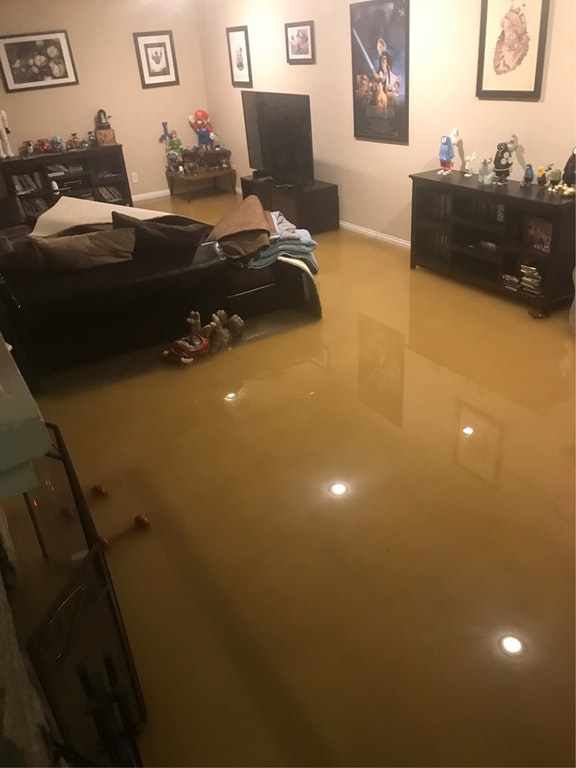 4. People should realize that most wildlife is not that into being in a picture with you, and if you get too close, you may suffer a case of instant regret. 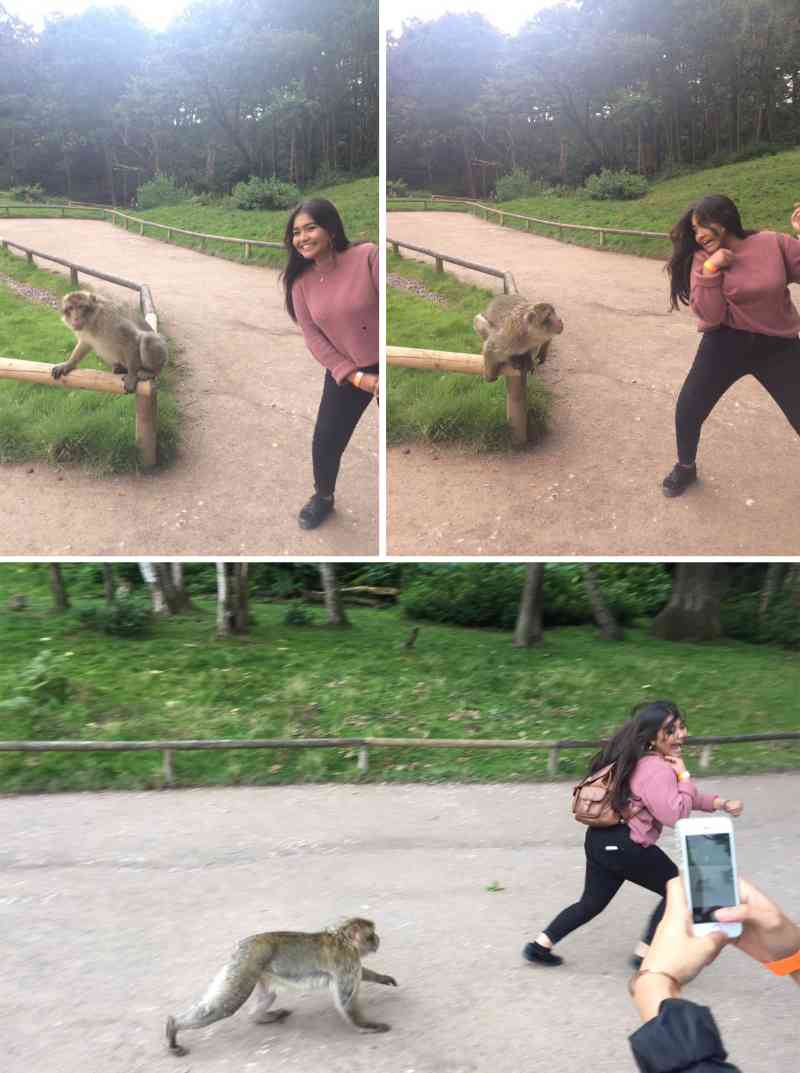 5. When you find that perfect bookshelf for sale in a thrift shop, you’d better make sure it’ll fit in your vehicle before dragging it out to the parking lot. 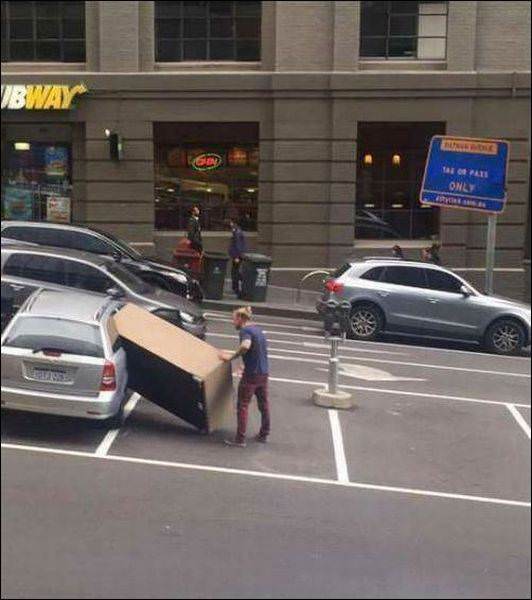 6. Some people are really good at bowling, others are okay, and some are just not meant for it. This woman falls into the third category.

7. They definitely shouldn’t be putting the open sunroof button anywhere in your car where you might accidentally press it. It can result in very bad things. 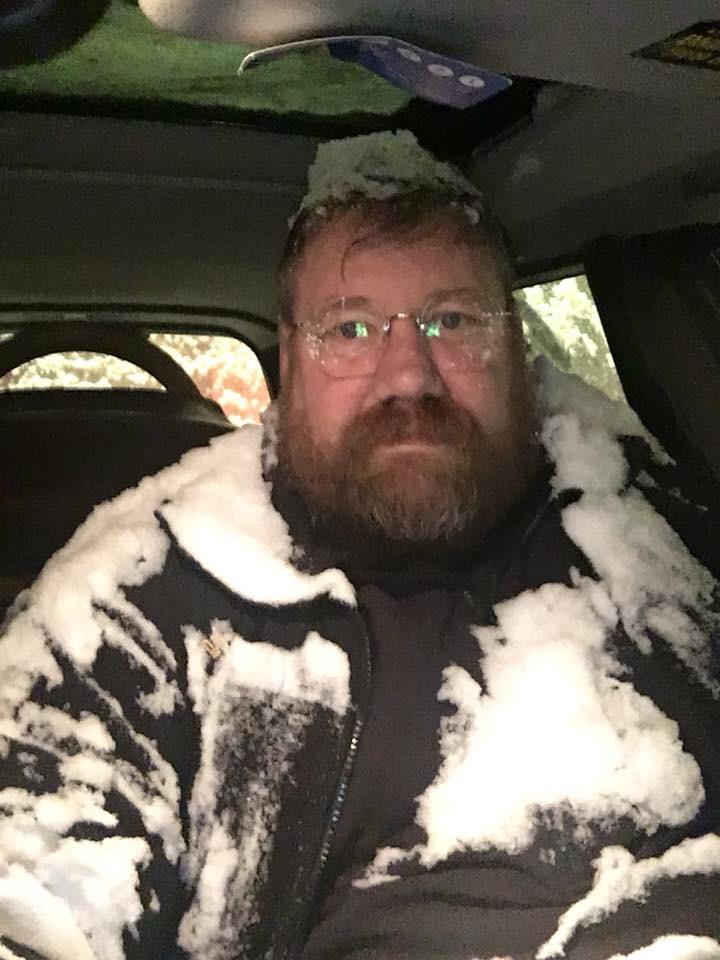 8. Well, this guy looked really cool for about three seconds, right before the champagne bottle flew back to get its revenge. What was supposed to happen here?

9. The phrase “painting yourself into a corner” exists for a reason. It’s to remind us to literally not do the exact thing it is describing. Yet somehow, people still do. 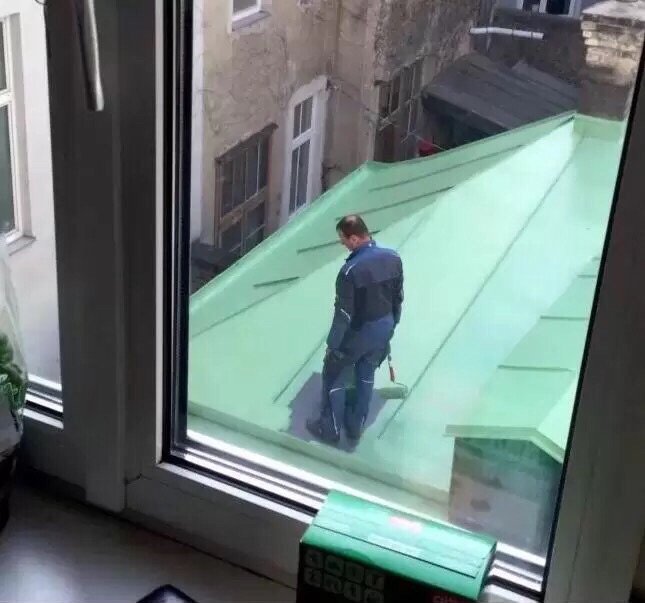 10. It’s unclear what this kid was actually trying to prove, however, he did inadvertently prove that you definitely shouldn’t hit a phone with a hammer under any circumstances.

11. When mounting a brand new flat screen TV, it’s very important to remember that you have to find a stud first. Otherwise, you end up with something that looks like modern art. 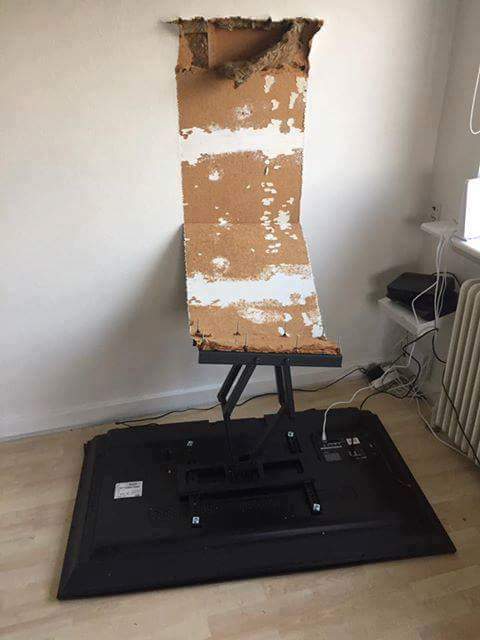 12. It’s always kind of rewarding when you see an aggressive driver get what’s coming to them. Why did this person think those orange markers were there? 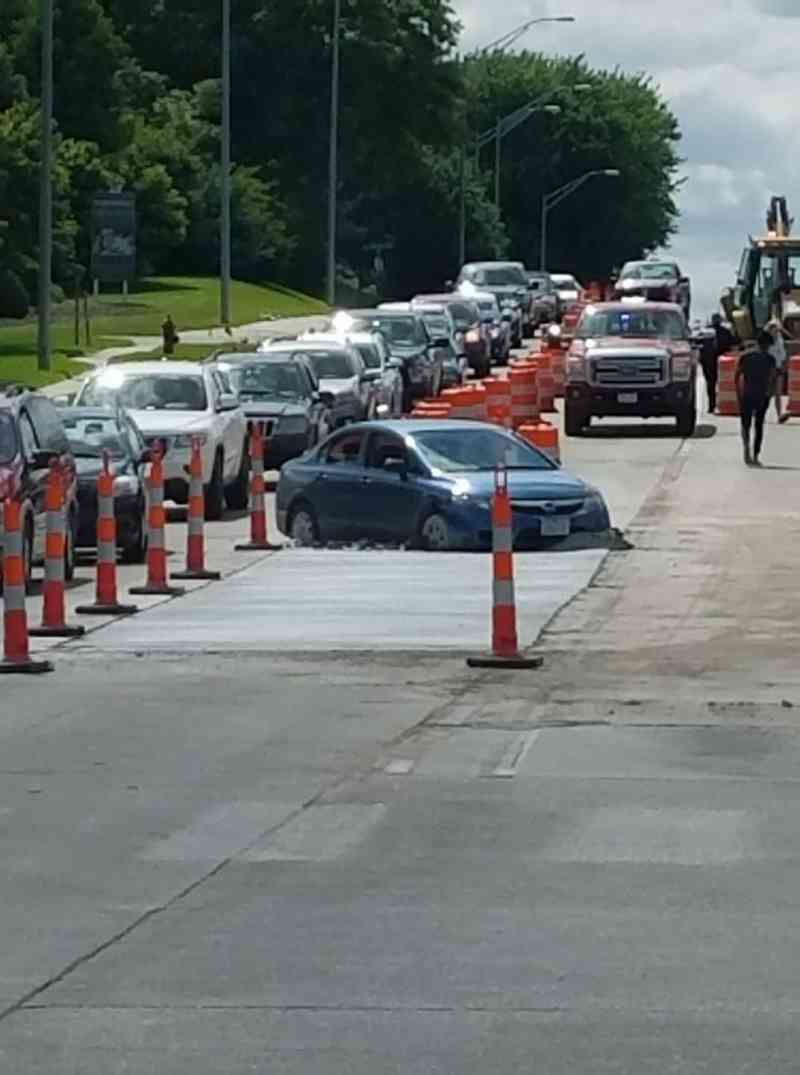 13. First of all, bangs are a bad enough decision on their own for most people, but cutting them yourself at home? That’s just asking for trouble.

14. What does anyone have to gain from touching an electrified fence? At best, nothing happens, and at worst, you get shocked and make a dumb face that gets captured on camera forever.

15. This situation probably wasn’t so much a case of instant regret as thinking that nothing bad could possibly happen just leaving candy on your dashboard. 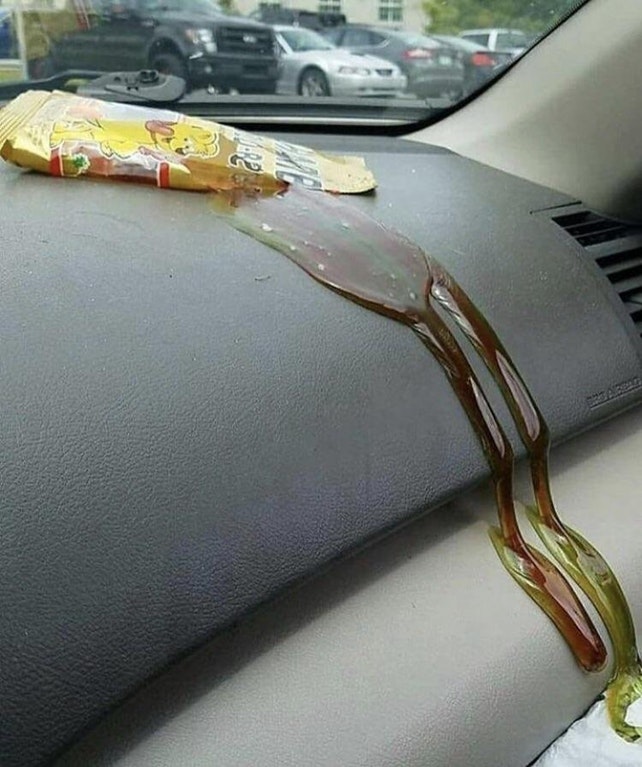 16. If you’re ever having a bad day, just remember that things could be a lot worse, especially if you dropped the pot containing that night’s dinner all over the floor. 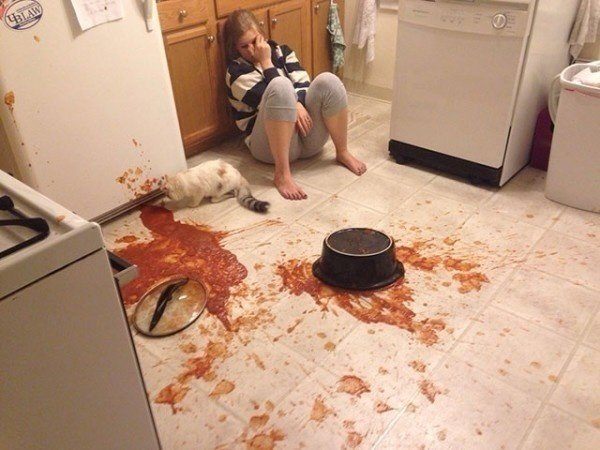 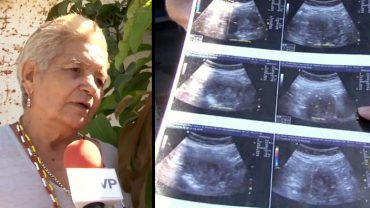 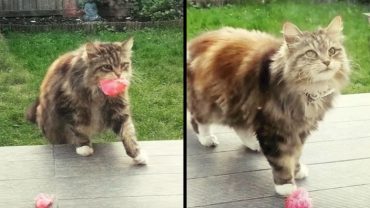 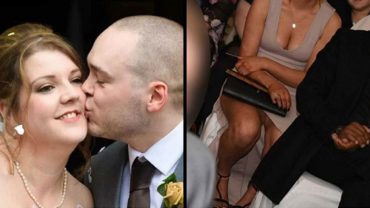 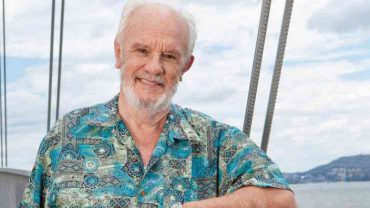