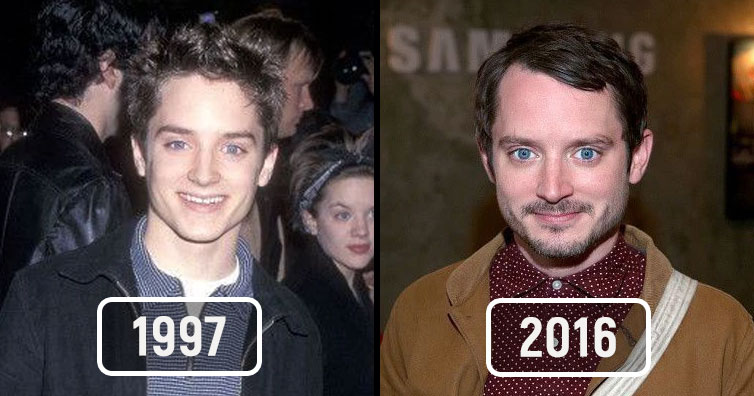 There are certain celebrities we’ve grown up with over the years. But have we ever taken the time to notice that they always seem to look the same?

They might change genres of music, or movies, or dip into other forms of entertainment, but one thing hasn’t changed among all the celebrities listed here; their appearances have pretty much stayed the same. Which doesn’t make a whole lot of sense considering how many years have gone by, or the fact that there’s a little thing called gravity…or wrinkles.

Eternal youth is a Hollywood mystery we’re yet to solve. How have these celebrities still managed to look so young? And why haven’t us regular people been let in on the secret to eternal youth? We want answers!

1. Gwen Stefani. Gwen has come a long way from trucker hats, blinged out belts that spell out her name and an unhealthy obsession with lipliner. The picture on the left was from the 2001 Teen Choice Awards, where some of the worst 90s fashion has been debuted and I will never be mad about it. The picture on the right is of Gwen Stefani at the 2016 Glamour Women of the Year Awards, and my absolute favorite Gwen Stefani look of all time. I was obsessed with this dress and her simple and elegant pulled back hairstyle, bold eyes, and nude lip. Now back to what we’re really here to talk about; there’s a 15-year difference between these 2 photos, people! 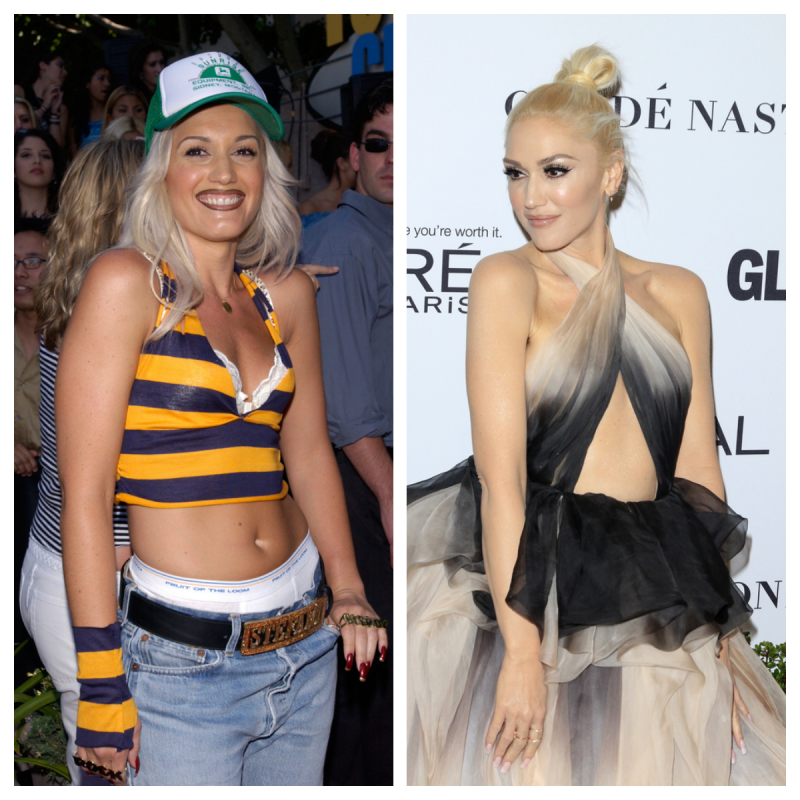 2. Will Smith. Will Smith’s youthful glow isn’t the only mystery surrounding this celebrity. Will is one of those actors who has been able to maintain a consistently successful career without having a huge box office failure, Hollywood scandal, or ‘comeback’ after a slump. The former Fresh Prince is pretty much the epitome of career goals. But let’s get back to the face. On your left, you’ll see a picture of Will Smith in 2003 at the world premiere of ‘Bad Boys II,’ while on the right you’ll see Will Smith at the ‘Bright’ premiere 14 years later. We can’t tell the difference either. 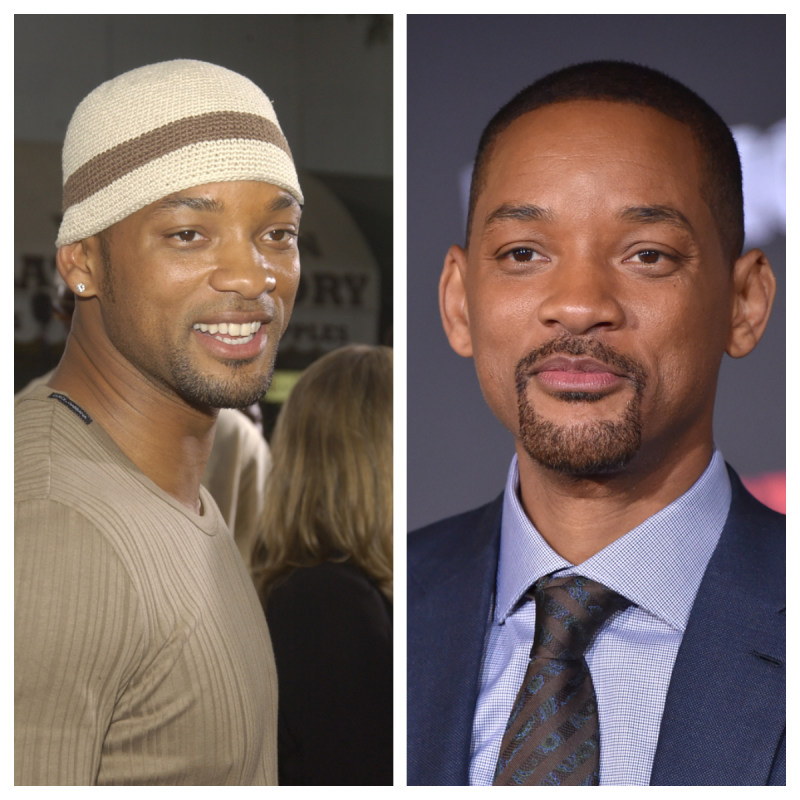 3. Angelina Jolie. I know the early 2000s Angelina Jolie, with her blood vials and unnecessary Billy Bob Thornton PDA, might have been off-putting to some people, but I’ll be honest and say it’s still one of my favorite Angie phases. Here she is at the 2001 Golden Globes party (left) proudly showing off her Billy Bob tattoo (which she’ll later have removed). On the right is Angelina at the 2018 Critic’s Choice Awards looking absolutely stunning in a white dress and bold lip. Although Angie has shed her wild ways to become a super mom, one thing hasn’t changed; her undeniable good looks. 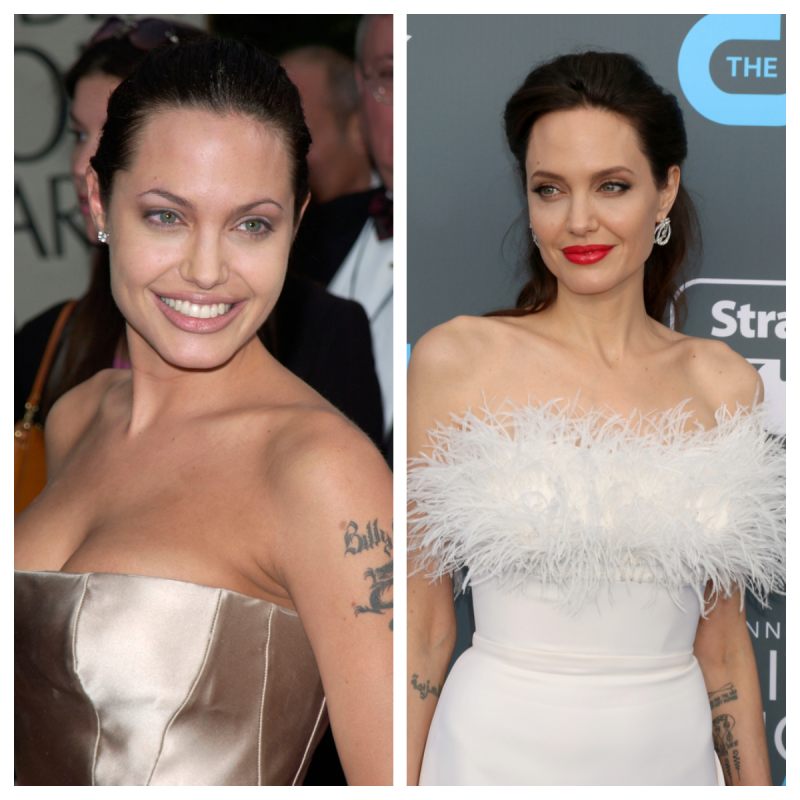 4. Avril Lavigne. She was a skater boy, she said see you later boy. Who could forget the song that started it all for Canadian punk princess Avril Lavigne? Or the fact that the title of the song was spelled Sk8ter Boi and instantly made her 10 times cooler? Avril Lavigne has traded in the pink streaks and high tops for a more polished appearance these days, but there’s no denying that 2018 Avril on the right looks pretty much the exact same as 2007 Avril on the left (remember what I said about the fashion at the Teen Choice Awards? Still relevant). 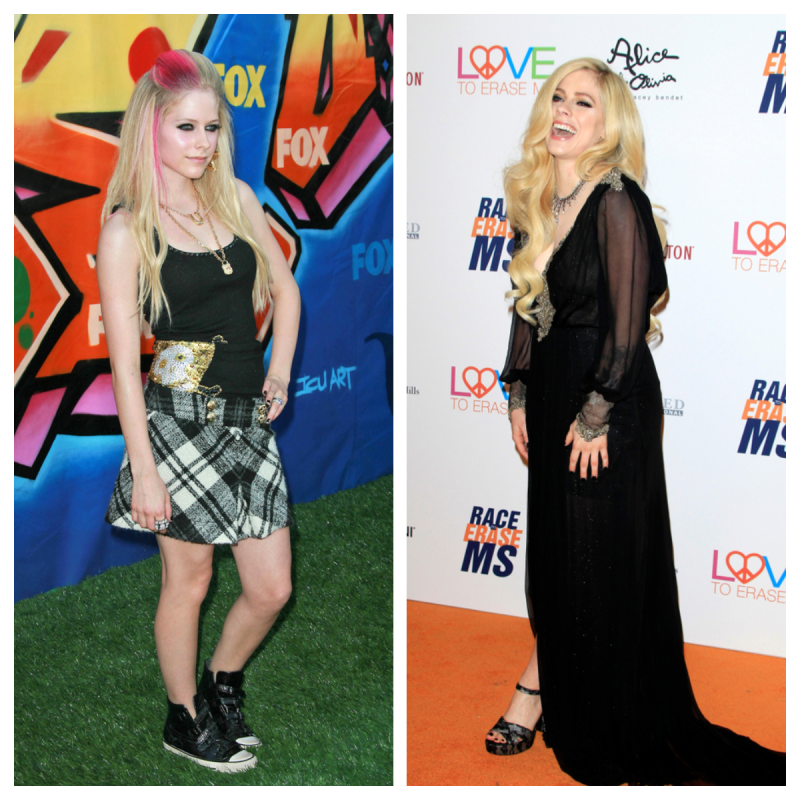 5. Jake Gyllenhaal. Jake Gyllenhaal has only improved with age, both in his career and his ridiculous good looks. Although he’s gone from young and fresh-faced in 2004 to a little more scruffy and mature these days (like this bearded, slicked-back look from 2017 at Cannes), those smoldering baby blues haven’t changed one bit. 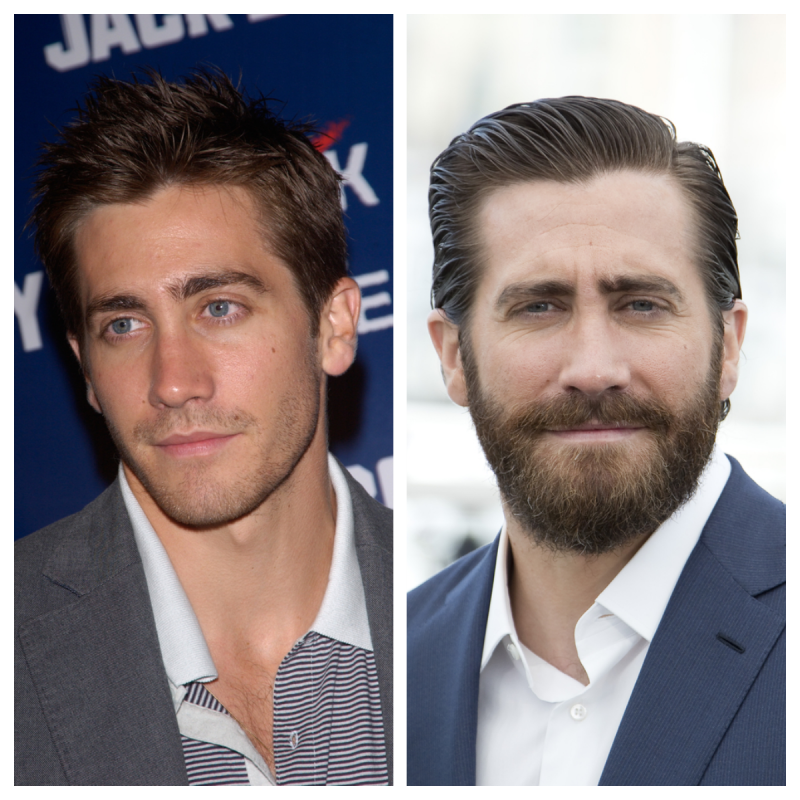 6. Lucy Liu. Lucy Liu shot to fame after making up 1/3 of the Charlie’s Angels trio alongside co-stars Cameron Diaz and Drew Barrymore. Here she is winning a 2004 MTV Movie Award for Best Villain for ‘Kill Bill: Vol. 1’ in the most 2000s outfit ever. Things just seemed so simple back then. On the right is Lucy at the world premiere of Kung Fu Panda 3 in 2016. Would you have been able to tell which one was which if it wasn’t for the clothes? 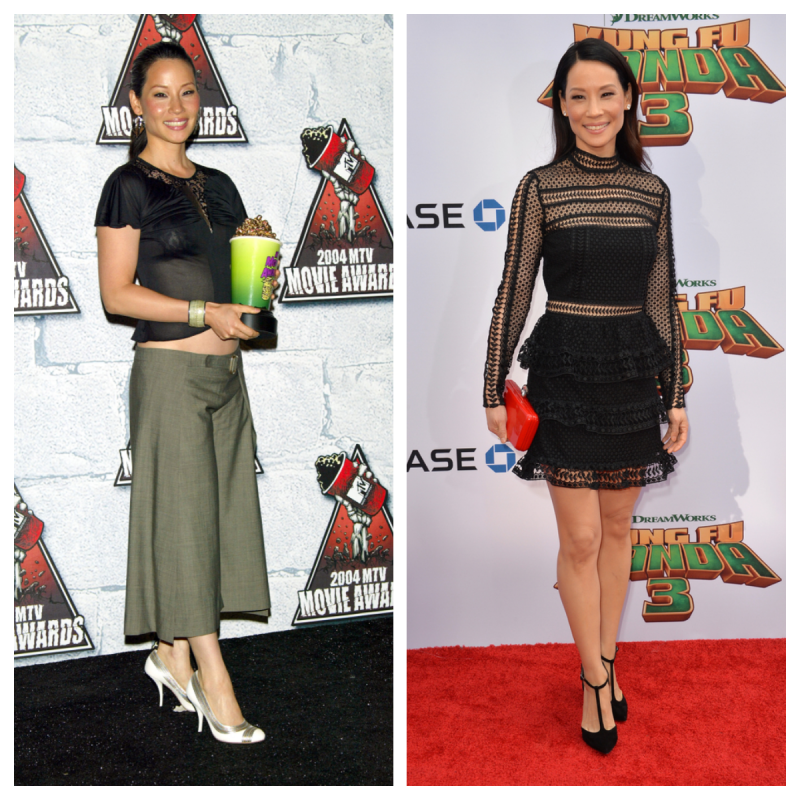 7. Jared Leto.  Is there anything Jared Leto can’t do? Leto began his acting career in the early 90s but you might first remember him as the lead singer in the rock band 30 Seconds To Mars. Leto put the successful band together with his brother in 1998 even though he refused to use his acting career to promote the band. While being in 30 Seconds To Mars though, Leto appeared in critically-acclaimed movies such as ‘Fight Club,’ ‘Girl, Interrupted,’ ‘American Psycho,’ and ‘Requiem for a Dream,’ but you probably know him best as the Joker since his memorable performance in ‘Suicide Squad.’ On the left is 2006 Jared Leto looking moody in all black. On the right is Leto 11 years later at the 2017 LACMA Art + Film Gala looking more youthful than ever. Did I mention he’s 46? 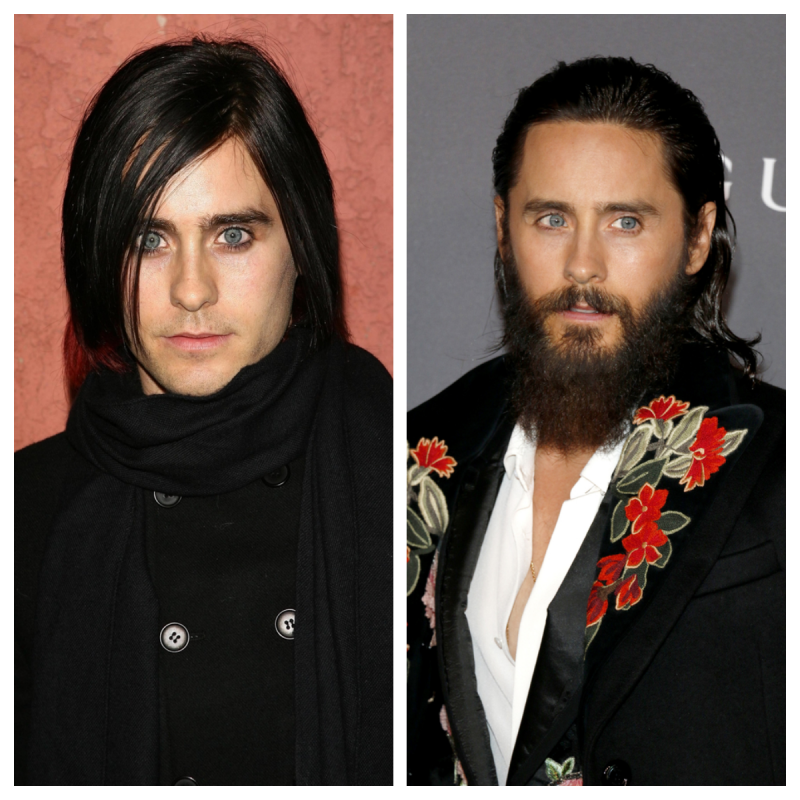 8. Jessica Alba. Jessica Alba’s style has definitely evolved over the years, but keep in mind low-rise flared jeans on top of closed-toe shoes were all the rage in 2002, so it’s not unusual Alba would wear this to the VH-1 BigAwards. Add in that see-through top, blue eyeshadow and wispy hairstyle and this look would be considered pretty on-point with 2000s fashion. Switch gears to Jessica Alba at the 2017 Vanity Fair Oscar Party looking absolutely stunning in this pale blue gown and it’s hard to believe that these pictures are 15 years apart! 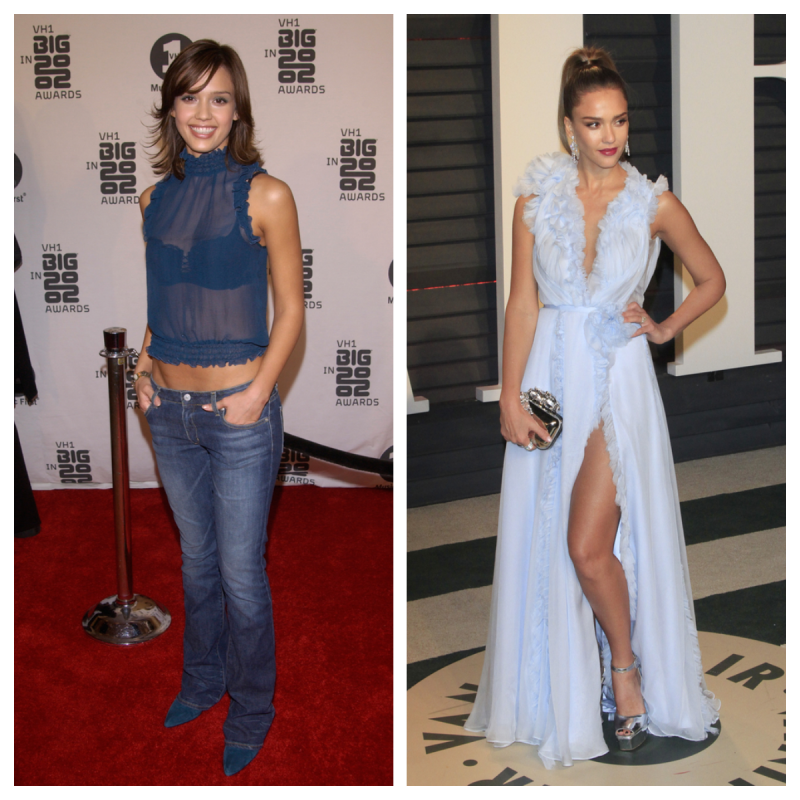 9. Rihanna. This Barbados beauty is the absolute epitome of eternal youth. Now 30 years old, Rihanna pretty much looks exactly like her 17-year-old self when Pon De Replay was just released and she was quickly on her way to becoming a huge star. It’s hard to believe, but that really is a 17-year-old Rihanna on the left, back in 2005. On the right is a 29-year-old Rihanna attending the 3rd annual Diamond Ball in September 2017. 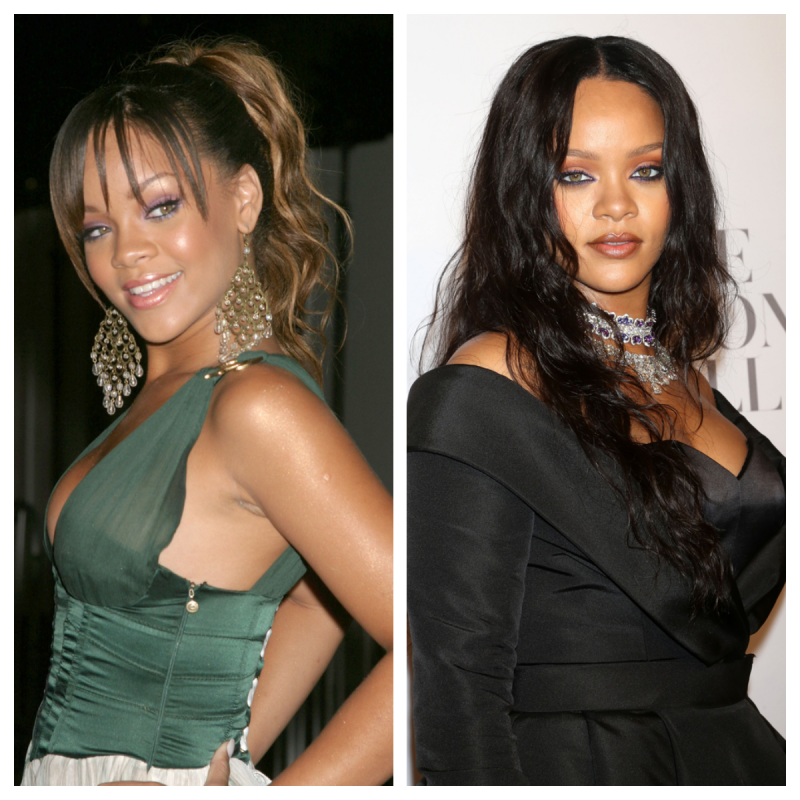 10. Julia Roberts. Not only is Julia Roberts still looking as radiant as ever, but that huge smile never gets old! On the left is Roberts at the 76th Annual Academy Awards back in 2004, where her simple but stunning champagne Giorgio Armani dress was a huge hit among fashion critics. On the right is Roberts 12 years later, at the 69th Festival de Cannes in 2016 to promote ‘Money Monster.’ 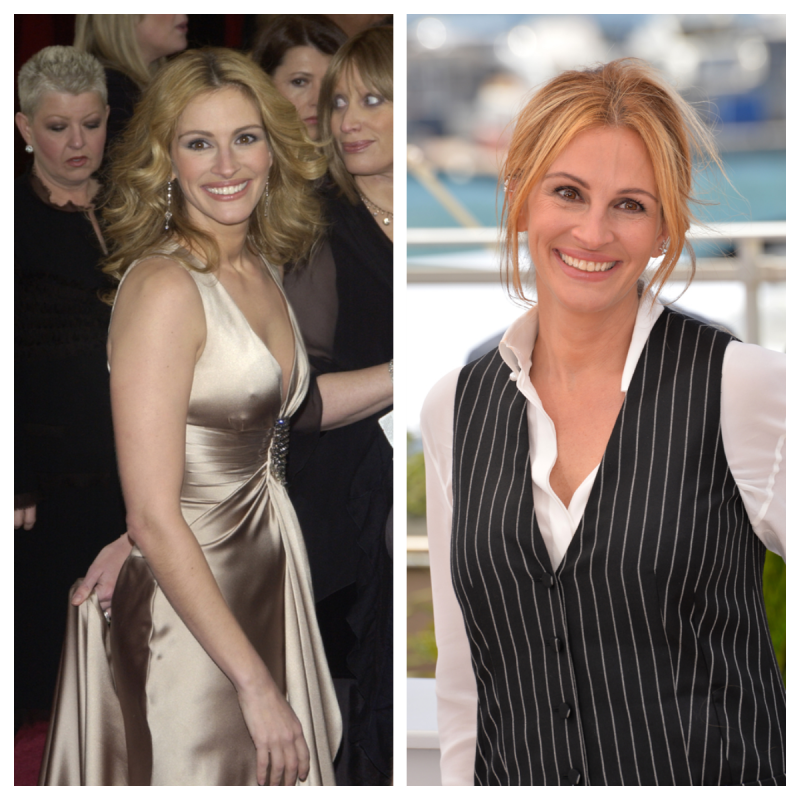 11. Jennifer Lopez. Jennifer Lopez is another celebrity that adds to the mystery that is Hollywood youth. The stunning Puerto Rican singer and actress only gets better with age, both in her career and when it comes to that ridiculous glow! On the left is Lopez in Versace back in 2002, while on the right is Lopez at the 2018 Time 100 Gala. That’s 16 years between the two photos. We don’t understand it, either. 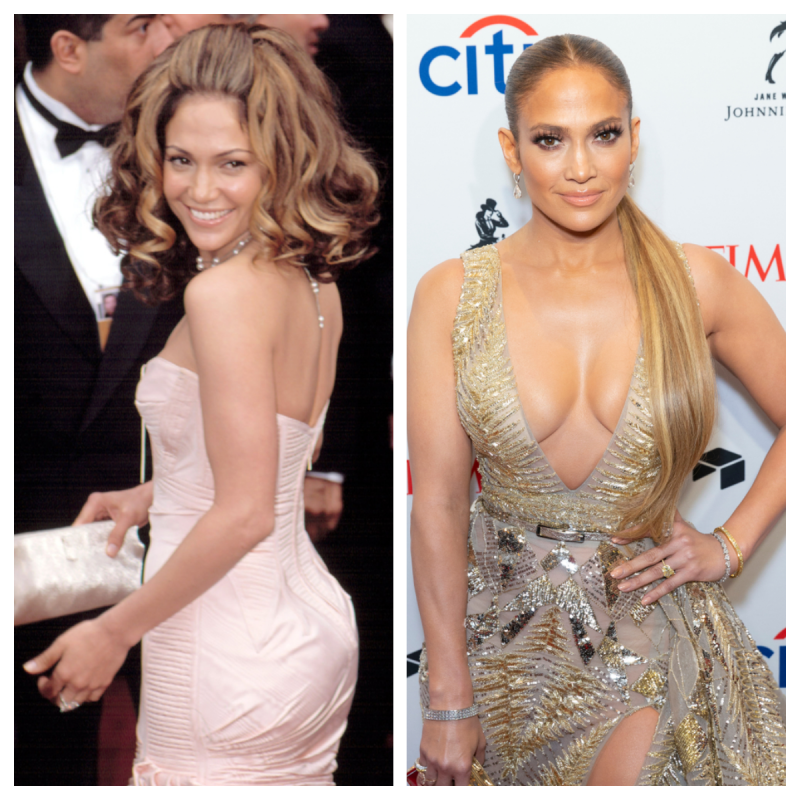 12. Elijah Wood. With those wide-eyed baby blues, it’s hard for Elijah Wood not to look like he just reached early adolescence. Regardless of this unfair advantage, here’s Wood looking young as per usual. 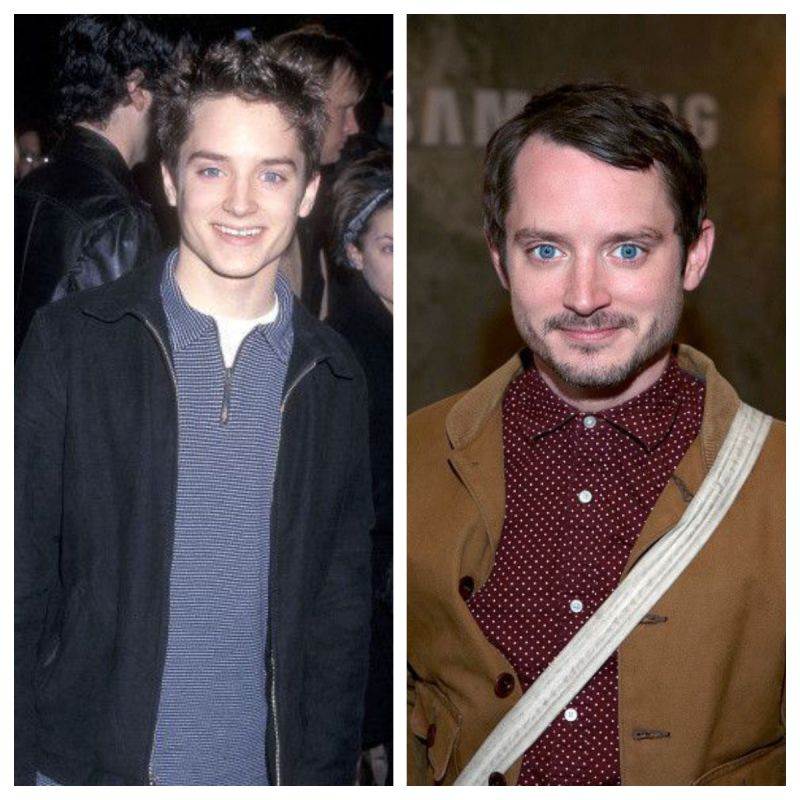 13. Mila Kunis. Mila Kunis has come a long way from her days on ‘That 70s Show’ but her stunning features are more prominent than ever. If we didn’t know any better, it might have been impossible for us to point out which Mila is the current one. Although Kunis admitted she wasn’t thrilled at the idea of being on a show that takes place in the 70s as a young teenager, it ended up being the best decision she ever made after landing the role of Jackie. Some things have stayed the same though; 20 years later her rom-com relationship with Ashton Kutcher is real! Looks like that on-screen chemistry was more than just acting. The left picture shows Mila back in 2001, and the right picture shows here in 2017. 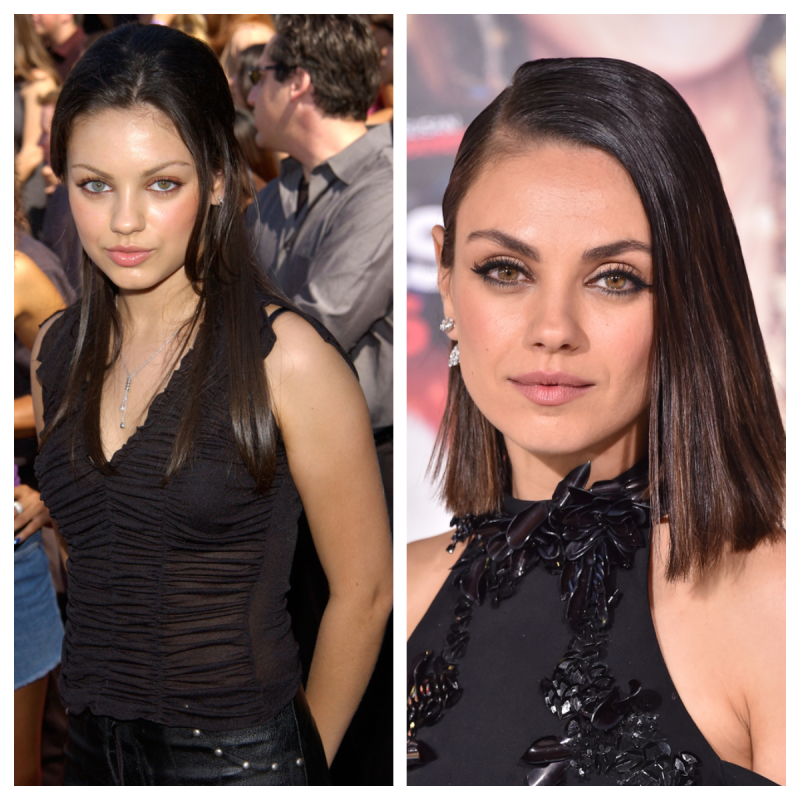 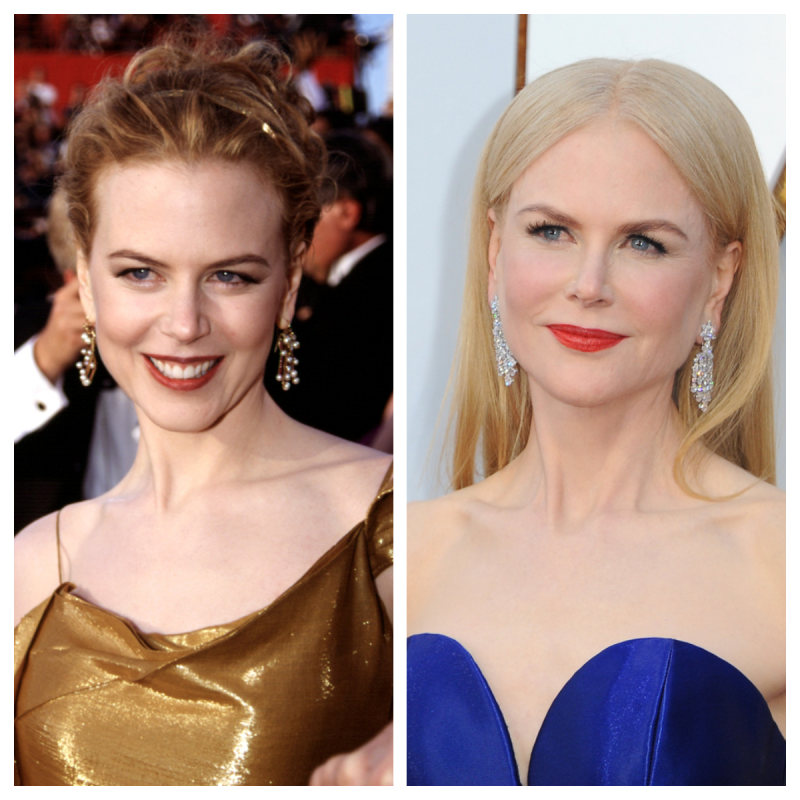 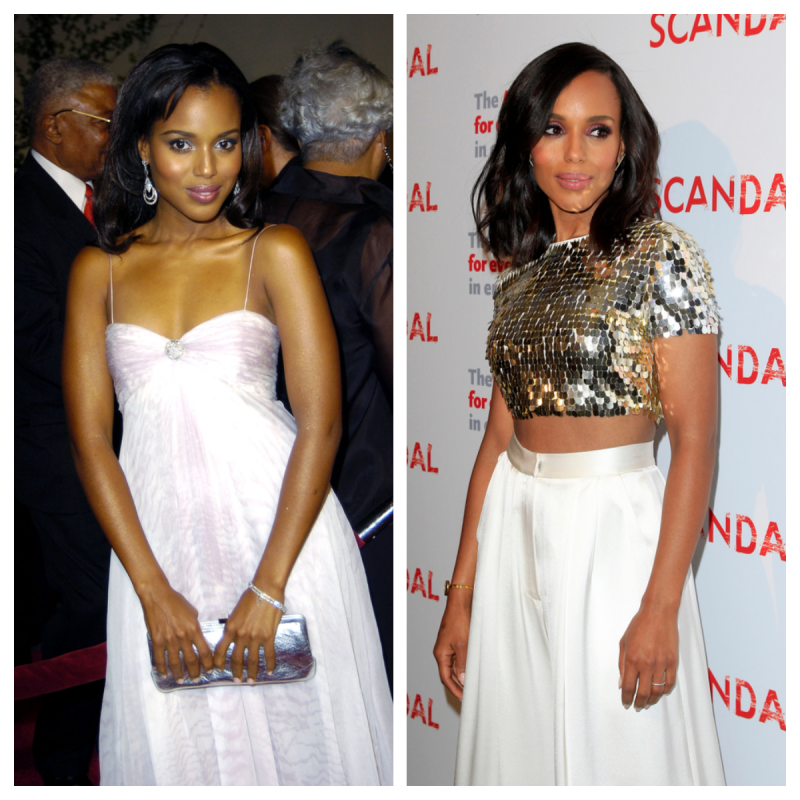 16. Reese Witherspoon. This is one of my favorite transformations, and not only because Reese Witherspoon looks just as fabulous as she did in the left photo at the 2001 Teen Choice Awards. Reese has really come into her own after starting her own production company focused on making more films with diverse and interesting roles for women. No wonder she was glowing at the 2018 Annual Critics’ Choice Awards (right)! 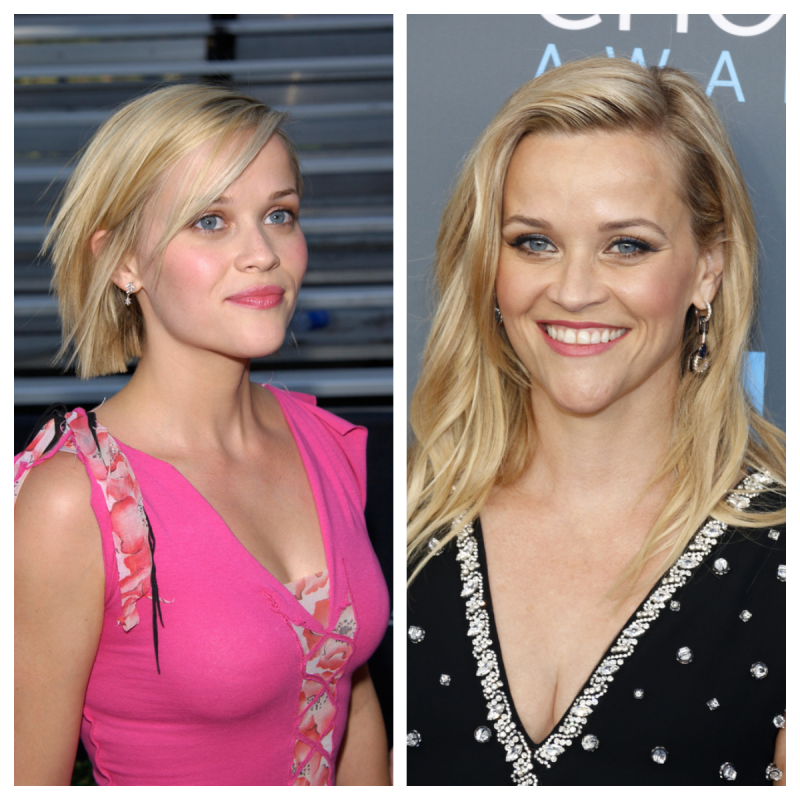 17. Sandra Bullock. The photo on the left is Bullock at the 2003 BAFTA awards, looking like a Grecian goddess, just a few years after she starred in the largely successful film Miss Congeniality. Fast forward to the 2018 BAFTA’s and Bullock is still giving off those goddess vibes 15 years later! 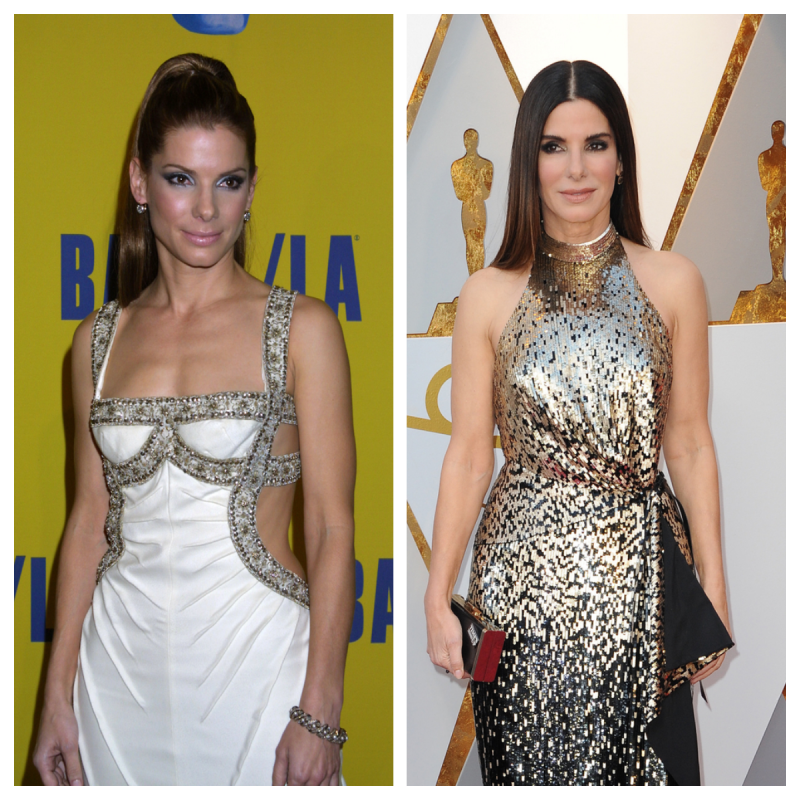 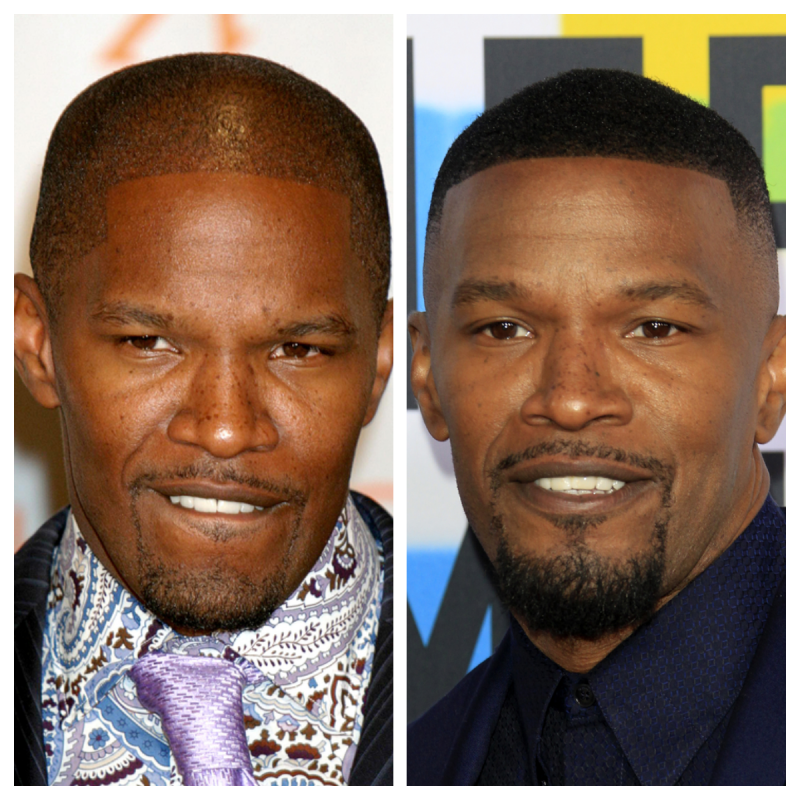 19. Jennifer Aniston. Look at ‘Friends’ era Jennifer Aniston, looking adorable holding an Emmy for Best Actress in a Comedy Series for her portrayal of Rachel Green back in 2002. Now, look at Jennifer Aniston from 2017, supporting her good friend Jason Bateman, at the Hollywood Walk of Fame Star Ceremony. After looking at so many of these then-and-now photos it’s getting really hard to believe this all comes down to good genes. 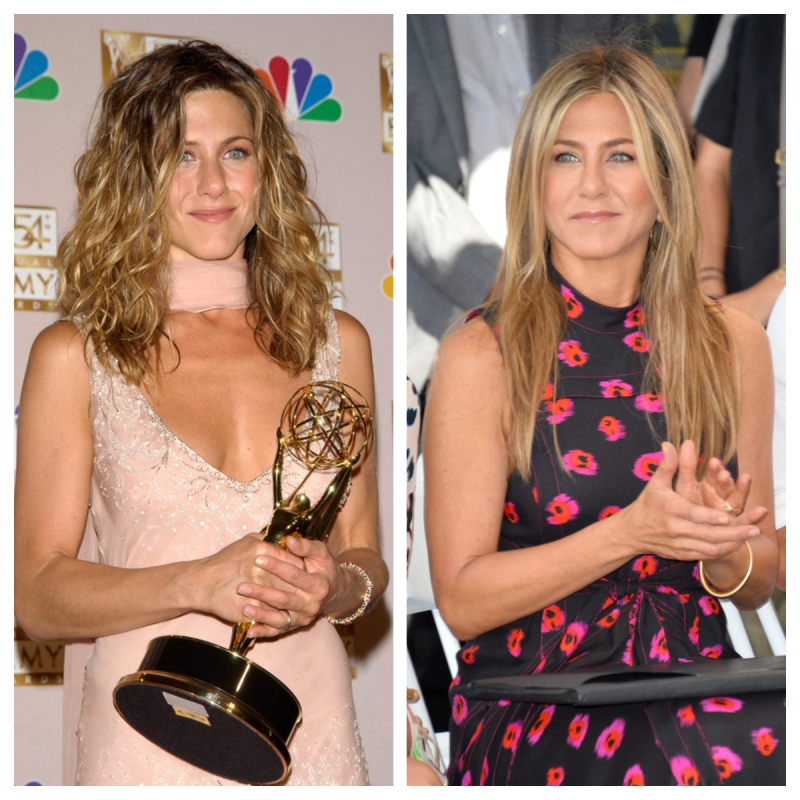 20. Paul Rudd. The conspiracy surrounding Paul Rudd’s eternal youth is quite the hot topic. You can’t go through your Twitter newsfeed without a meme of Paul Rudd at any age looking the exact same. That’s how much this is worth discussing, analyzing, debating and discussing some more. But scientists, and Twitter users alike are yet to find an explanation (I’m over-exaggerating about the scientists). Here he is, from left to right, in the years 2003, 2007 on the top, and 2010, 2016 at the bottom. 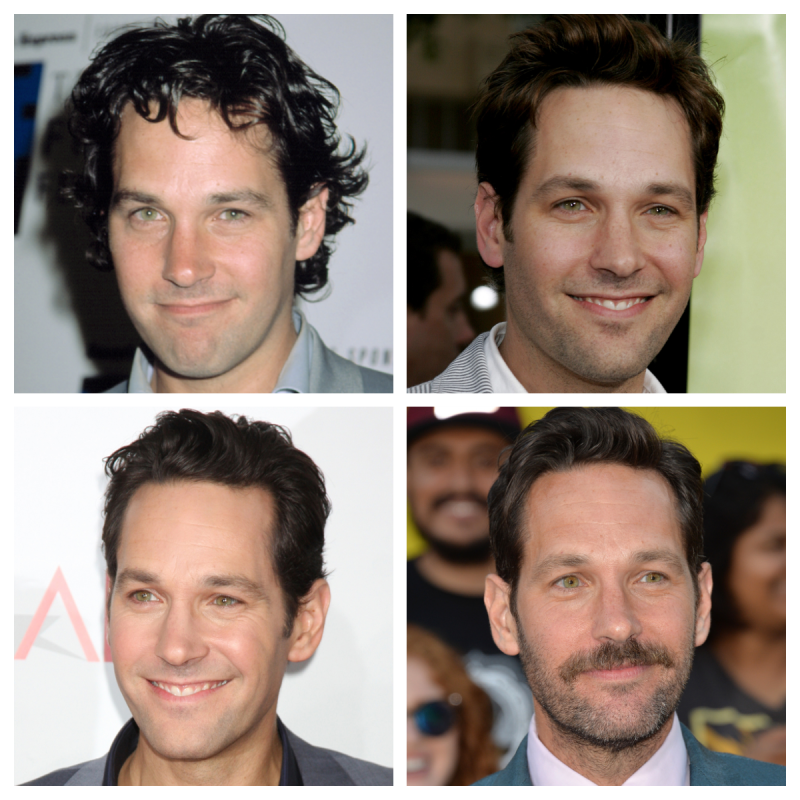 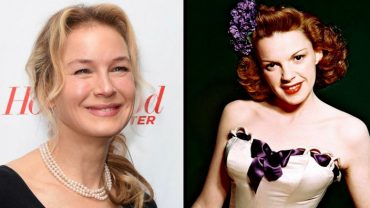 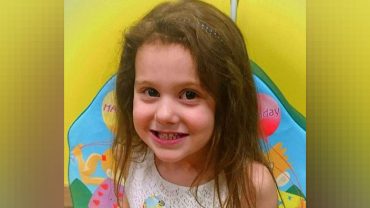 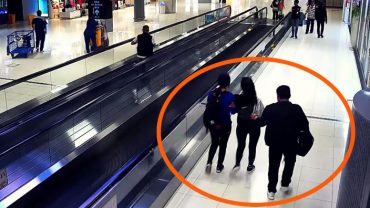 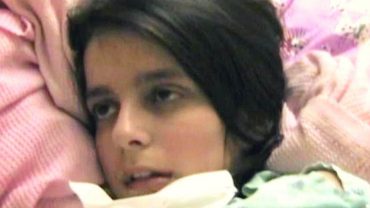 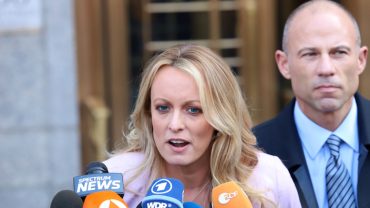