Well, I WANTED to write an article called: “25 ways I can take an article and randomly make it about Buffy the Vampire Slayer,” but my bosses said it was “stupid,”  “made no sense,” and that “people wouldn’t enjoy it, you would literally be the only one.” And as right as they might be about the first and third comment, I could’ve made it make sense! Even though the title and concept itself say differently, it totally would’ve worked, trust me!

So fine, here I am, shackled to this article about being passive-aggressive. Why would my bosses give me this to write? I am the epitome of humility, self-esteem, and standing up for myself, I have never been passive-aggressive once in my life! I’m an internet writer for non-denominational deity’s sake, we’re known for how tough we can be!

1. Yeah thanks, that’s really going to make me want to go to that gym. I already have too many self-esteem issues to go to the gym NOW, imagine if they berated me for trying to better myself? Okay, so it’s not self-esteem issues, it’s laziness, but that sign is still pretty darn mean! 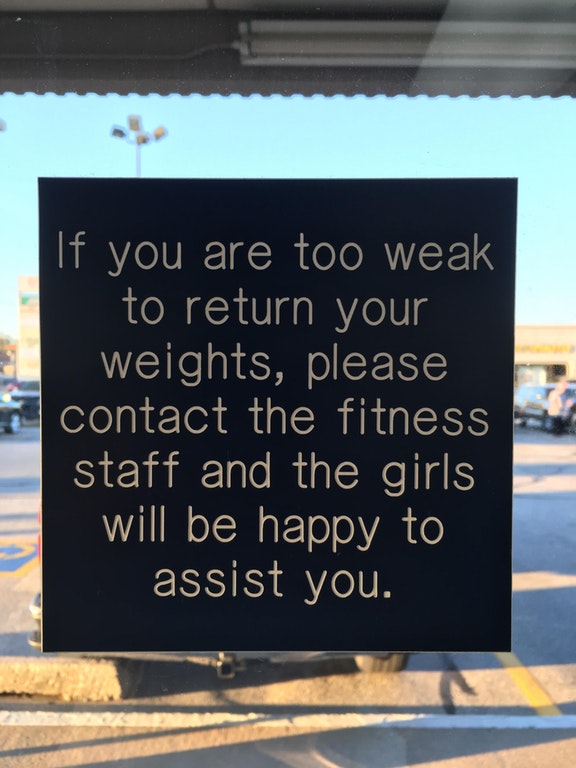 2. The museum of roommate discrepancies. We use to have a bit like that over here at the Jake Bean writer’s team, but we retired it because it got way too boring. Oh, you didn’t know it was a team of people over here writing and not robots? Yeah, it’s me and a bunch of totally-not-robots.