The royal wedding of Duke Harry and Duchess Meghan was a joyous occasion celebrated around the world. Despite the event’s cheerful atmosphere, there was one somber theme brought up throughout the day: the absence of late Princess Diana. She died as the result of a car accident in Paris in 1997, and Harry was only 12-years-old at the time. There has been a lot of speculation as to how Harry chose to pay tribute to his mother on his special day, one is that he left an empty seat in her honor. 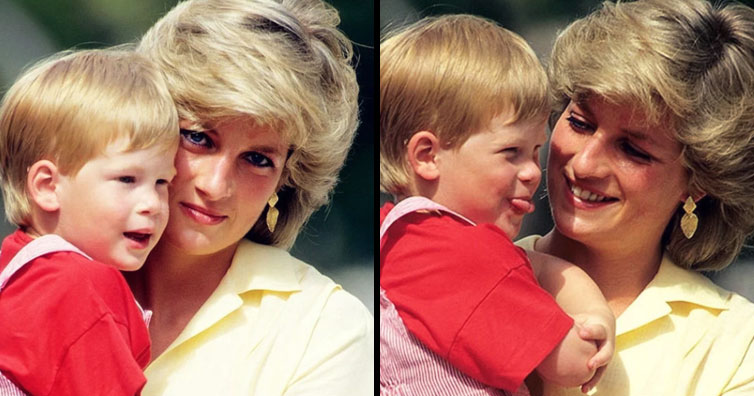 Princess Diana’s absence was felt strongly as her youngest son, Harry stood next to his bride, Meghan Markle. It was important to both of them to have her spirit and presence felt throughout the ceremony.

Viewers couldn’t help but notice that during the wedding, there was an empty seat beside Prince William. Twitter users were quick to point out exactly what they thought that signified. They tweeted emotional messages, believing the empty seat was in remembrance of Princess Diana. However touching that may be, it apparently isn’t the case.

According to a series of tweets by Royal Reporter Rebecca English, it is actually protocol to leave the seat in front of the Queen empty. The seat she took during the wedding is her favorite in the chapel. She prefers the place in front of her to be left vacant so that her view unobstructed. 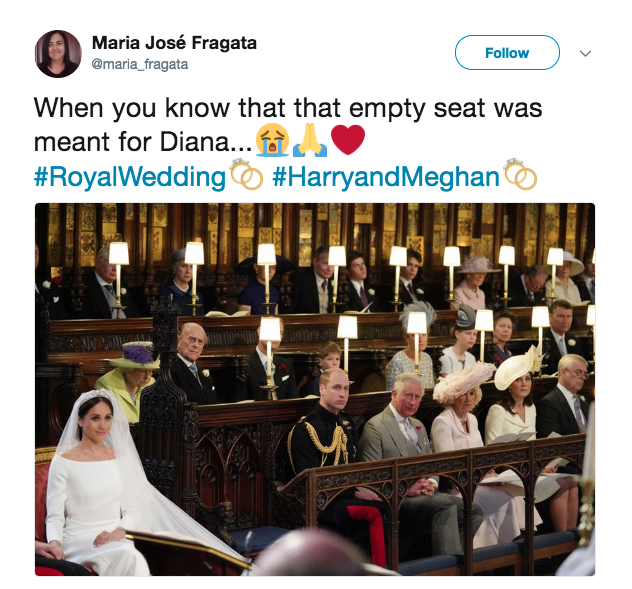 While the Royal Fans’ empty seat theory may not have been correct, Harry and Meghan did honor Diana in more ways than one. Not all have been confirmed by the bride or groom, but the many subtle references to the late Princess are clear. 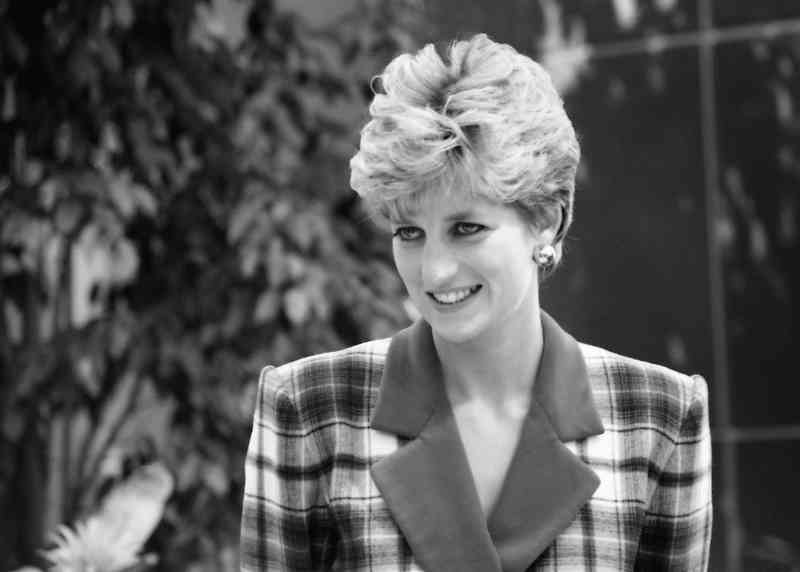 As reported by Metro, everything from the guest list to the hymns sung were likely nods to Diana. All three of her siblings were invited to the wedding and her sister, Lady Fellowes gave a touching reading during the ceremony. The song Guide Me, O Thy Great Redeemer, was also sung at Diana’s funeral. In lieu of gifts, the bride and groom asked that individuals donate to specific charities, two of them being ones Diana used to campaign for. White garden roses and Forget-Me-Nots were included in the flower arrangements as well as Meghan’s bouquet. A statement from Kensington Palace read, “The couple specifically chose them to be included in Ms. Markle’s bouquet to honor the memory of the late Princess on this special day.”

In a BBC interview regarding their engagement, Harry revealed that two of the diamonds he chose for Meghan’s ring once belonged to his mother. He did this “to make sure that she’s with us on this crazy journey together,” he said. The couple did everything to make sure that was true on their wedding day. “I really miss having [my mom] around and being able to share the happy news. But with the ring and with everything else that’s going on, I’m sure that she’s with us. Jumping up and down somewhere else,” he said. 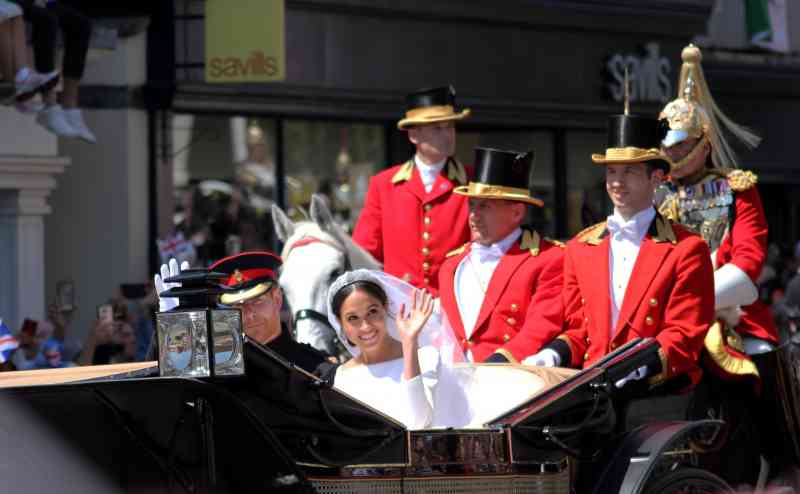 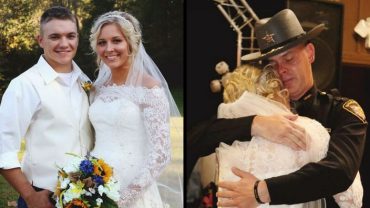 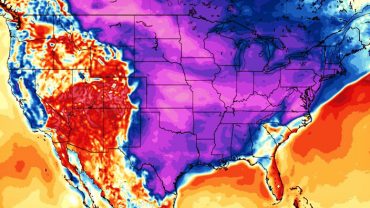 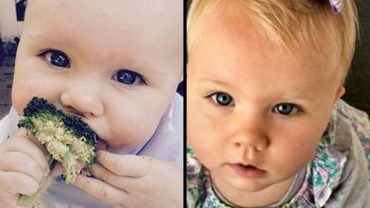 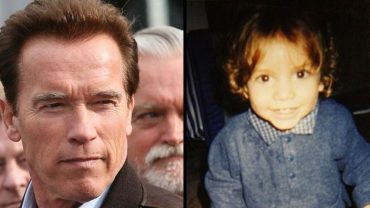 Alissa Heidman is a journalism graduate from University of Toronto and Centennial College. She's a huge animal lover and has a guilty pleasure for reality television and everything celebrity.