Whether you’ve used it to map out a route or just to leisurely get an aerial glimpse of your childhood home, chances are, you’ve probably become familiar with Google’s intricate Earth program. Google Earth renders a 3D representation of our planet by suturing together satellite images, aerial photography, and geographic information. The program gives users a look at Earth like never before, and while that can show us the immense beauty the planet has to offer, it can also show us what a scary place it can be.

From viewing the planet as a whole to zooming right down to street level, Google Earth has given us a better understanding of the place we call home, including the places we’d like to visit and those we’d like to avoid. The following screenshots show the darker side of our planet that we would normally not get to see. Here are 25 dark and dreary images that have been found on Google Earth.

1. There’s no denying that this large pentagram found on the southern shore of the Upper Tobol Reservoir in Kazakhstan is unsettling. However, this site isn’t as sinister as it appears according to archaeologist Emma Usmanova. She explained to Live Science, “It is the outline of a park made in the form of a star.” Stars were known to be popular symbols during the Soviet era and the park’s roadways make the shape more visible. 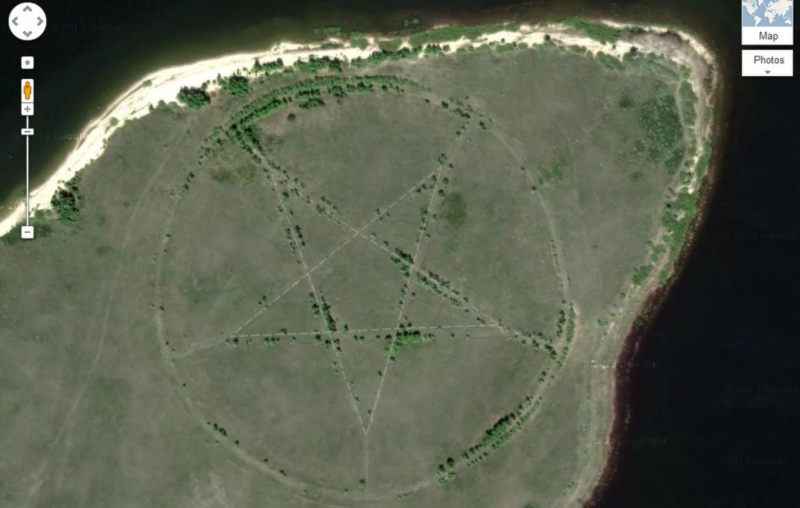 2. There are few lakes that look as ominous as the crimson-colored body of water found in Iraq’s Sadr City. The sight was first brought to the Internet’s attention back in 2007, which prompted a lot of speculation. Multiple theories have been idealized from nearby slaughterhouses dumping blood into the canal to sewage or pollution, but there hasn’t been an official explanation. 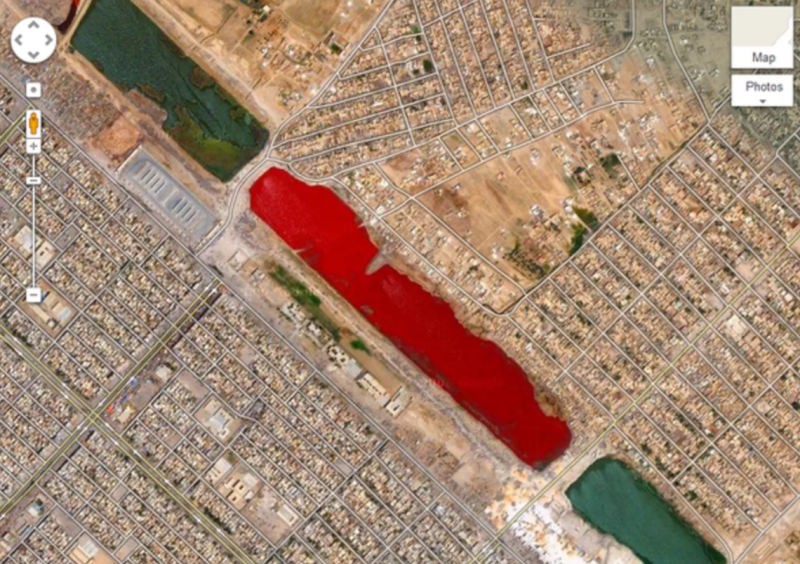